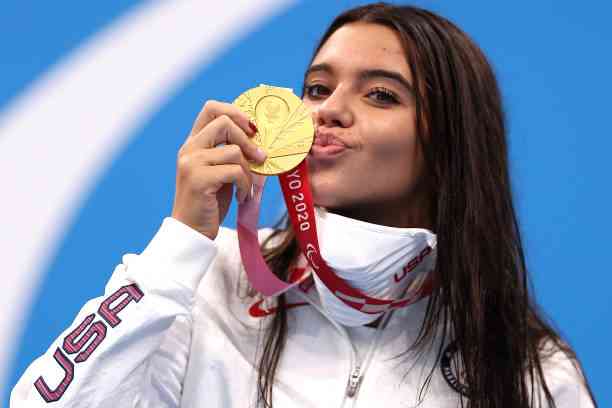 For this reason, and although the list could be endless, we will talk about 10 figures in the fair that has just ended.

A powerlifting specialist, she was chosen as the flag bearer of Mexico for the inauguration ceremony. Amalia Perez participated for the first time in the Paralympic Games in Sydney 2000, and since then, she has reaped achievements and more achievements.

At its presentation and in Athens 2004, the medals were silver. From Beijing 2008 onwards, the Mexican stood out as a Paralympic champion in different categories. Tokyo 2020 was fourth in a row at -61 kg.

While it is true that Mexico is a powerhouse in swimming, it will never be enough to talk about its legends. With a story that seemed to take on different colors months ago, Nely Miranda stood in the Aquatic Center to take bronze in the 50-meter SB3 breaststroke.

The swimmer burst into tears when she was on the podium. One of the most emotional images from the Tokyo 2020 Paralympic Games has great significance. Miranda overcame long obstacles to compete and hang that medal.

An operation kept her from the pool for years. An induced coma and constant convulsions seemed not to stop. But she is a warrior, she left adversity behind and made history once again.

The new generation of the American para-swimming is equal to or stronger than the previous ones. Anastasia Pagonis leads a group of young people that already boasts medals and points to Paris 2024. At just 17 years old, she took gold in the 400-meter freestyle S11 and bronze in the 200-meter medley S11 in Tokyo 2020.

At the same time, she is a sensation on social networks and shows her lifestyle, which includes Radar, a guide dog that supports her to carry out her activities normally. The swimmer lost her sight completely when she was 14, although her sight deteriorated since she was 11.

Mexico also has fast women on the running track. Monica Rodriguez not only took gold in the 1,500 meter test in the T11 category and set a new world record.

Accompanied by her guide Kevin Aguilar, she carried the Mexican flag to the top of the podium, and the National Anthem sounded once more in Japanese territory. As if that were not enough, the duo gave us one of the best celebrations in these Paralympic Games, with a couple of masks that have a very special meaning.

Medals here, medals there, medals everywhere. It may not be the best way to summarize the career of swimmer Teresa Perales, but it is very close to reality. One of the most important athletes in Spain boasts 27 medals in 6 editions of the Paralympic Games.

Other types of achievements accompany this impressive sporting career. A Diploma in Physiotherapy and a specialization in Personal and Sports Coaching are just the beginning of a long list of recognitions and occupied positions, such as a deputation.

The woman who presented the first medal for Mexico at the Tokyo 2020 Paralympic Games dedicates her day to day to para-swimming and her professional career. Fabiola Ramírez is a lawyer and is at a peak moment.

Originally from Aguascalientes, she began swimming to improve her mobility due to the arthrogryposis multiplex that she was diagnosed with. Years later, she can be said to be a historic athlete in her country and in the rest of the world.

To speak of Avani Lekhara is to speak of the first woman to win two medals for India. She is only 19 years old, but she made history in Tokyo 2020, to the extent of emerging as a candidate for more medals within 4 years.

When Lekhara approached the sport, she did it in archery, although her true passion is in the rifle. Her first medal is gold in 10 meters SH1; the second, a bronze in the 50 meters 3P SH1.

And when it comes to multi-medalists, Sarah Storey is a great representative of Great Britain. The cyclist said goodbye to Tokyo 2020 with 28 medals in the history of the Paralympic Games. However, before shining in this discipline, she also did it in swimming.

The 17-time gold medalist’s career began in the pools; Unfortunately, that stage ended due to the risk of hearing loss. The good news is that Storey turned her efforts into a new discipline, in which success is equal and even greater.

The taekwondoín left its mark on the Paralympics to get the first medal in 17 years for Peru in the fair. In addition, it is the first gold medal after 21 years of drought.

Today a Paralympic champion, she set out to get to the multisport event when she was 15 years old: “I promised myself that I would be there one day.” Like many other athletes, she took advantage of the pandemic to strengthen herself, and the effort paid off big.

The Pole debuted at the Sydney 2000 Paralympic Games, and at the age of 11, she became the youngest Paralympic athlete in history. However, that was only the beginning of a great story and a successful sports career.

Natali Partyka increased her share of medals in the fair to 10, with team gold and bronze in the individual modality.