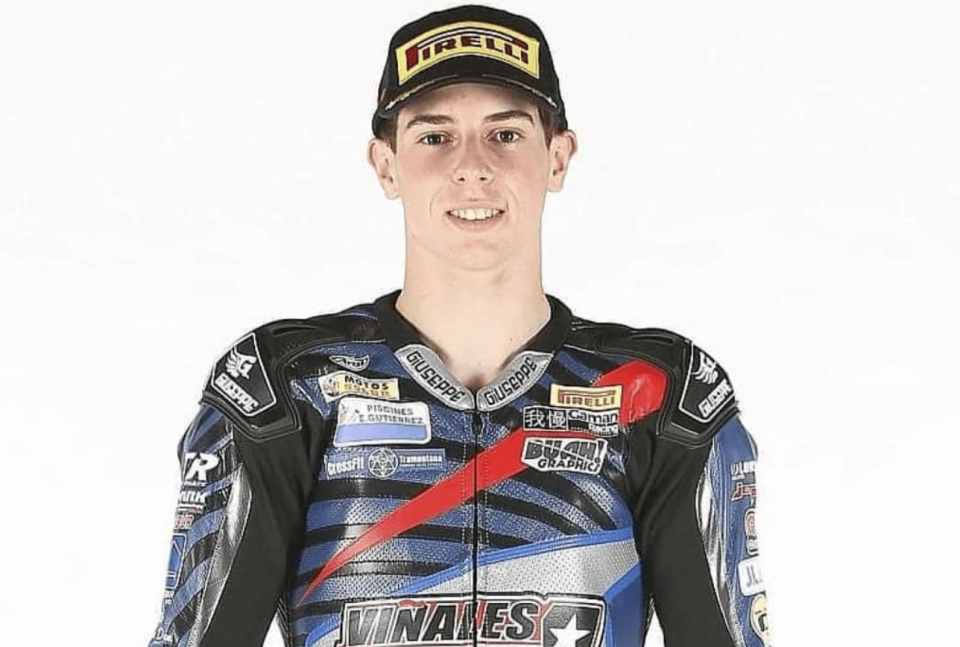 Dean Berta Viñales, 15, died after falling from the motorcycle and being run over, for which he suffered serious chest and head injuries.

Motorsport is once again in mourning, after confirming the death of the Spanish rider, Dean Berta Viñales, aged 15, after a fatal accident during the Superbike Championship (WSBK), in the WorldSSP300 category.

The young Spanish pilot received medical attention on the runway, and although he was transferred by helicopter to a hospital in Seville, the young pilot died due to the seriousness of his chest and head injuries.

They could not avoid Viñales

Dean Berta Viñales fell off the bike just three laps before the end of the competition and was located in the upper-middle part of the peloton, so that many of the other riders could not avoid him.

The race was suspended at the time so that the young pilot was treated on the track of the Jérez circuit. Viñales was later treated in an ambulance and in the circuit clinic, to later be transferred by helicopter to a hospital, where the doctors could no longer save him.

“After a serious incident during Race 1 of the WorldSSP300, Dean Berta Viñales sadly passed away from her injuries. The pilot suffered serious head and chest injuries. The medical vehicles arrived at the scene immediately afterwards and the pilot was treated on the track, in the ambulance and at the Circuit Medical Center,” said the fateful World Superbike statement.

As a sign of respect for the family and the minor himself, the images of the accident on social networks have been avoided, while the rest of the day’s competitions on said circuit were canceled.

Viñales was playing his first season in this category, in which he was close to the podium twice, the most recent during the first weekend of September, in France, where he finished in fourth place.