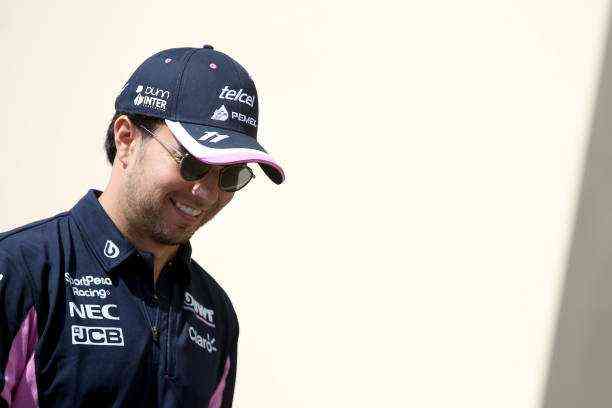 Formula 1 has a different flavor in 2021 after the arrival of Checo Perez to Red Bull, one of the teams with the most acceptance among Mexican fans and Ferrari, but which also offers the Mexican driver the opportunity to fight for the podiums in every race.

Some forecasts indicate that Checo Perez is the third most likely driver to win the championship, behind only Max Verstappen and Lewis Hamilton. All this was because the man from Guadalajara was fired from Racing Point in the middle of last season.

How did Checo come to Red Bull? Netflix helps us clear this question a bit in the second and third season of “Drive to Survive,” and these are some chapters that will help you better understand the presence of Checo Pérez.

Before we head into season three, it’s worth taking a look at the sixth episode of season two, which is dedicated to the fight between Pierre Gasly and Red Bull. The French midfielder was Verstappen’s teammate for only a few races, as he did not meet expectations on the track and the relationship with the top brass was damaged thanks to Gasly’s statements to the press.

Gasly was relegated to Alpha Tauri, and Alex Albon was promoted to Red Bull. So far, Checo Pérez was not on the Red Bull map, but from here, you can already see how the instability began in the team with the second driver.

The 2020 season was Alex Albon first with Red Bull, hoping to fight alongside Mercedes with his two drivers, but Verstappen was really only Verstappen who upset Bottas and Hamilton.

Albon, however, was not only any match for Mercedes, but was overtaken by McLaren cars, it was here that Red Bull began to consider the possibility of making a change in the second seat, although it was not yet driven.

Ferrari is going through a very bad time, and the rivalry between Charles Leclerc and Sebastian Vettel did not help much in 2019. In 2020, Vettel showed a bad relationship with the Italian team by anticipating his departure announcement.

Vettel won four F1 titles as a Red Bull driver, so for a moment, it was thought that the German could be Albon’s replacement. Although we actually know that he had almost everything arranged to reach Aston Martin, Vettel’s departure confirmed that Red Bull was looking for options to replace Alex Albon if he did not give the lug.

This chapter is linked to the sixth of the second season, as it relives the rivalry between Pierre Gasly and Alex Albon, who was celebrating his arrival at Red Bull. In the third season we can see the Thai completely devastated because he cannot reach the podium and the frustration of the team is reflected in the expressions of Chris Horner.

Albon’s bad timing was combined with Gasly’s growth, but Red Bull was clear that the Frenchman was not going to return. “We have no interest in Pierre coming back next season, ” Horner said. By this time it was already known that Checo would leave Racing Point and that Vettel would take his place, so the Mexican was available for Red Bull.

By this point, you may have already heard or read that this is the best chapter of the third season or perhaps you have already checked it, and it is that it defines the moment in which Horner confirms Checo in Red Bull.

To get to this moment, the combination of results between Checo and Albon is crucial. While Pérez wins his first F1 race with a spectacular comeback, Albon is unable to reach the podium despite having a better car. “Welcome to Red Bull.”