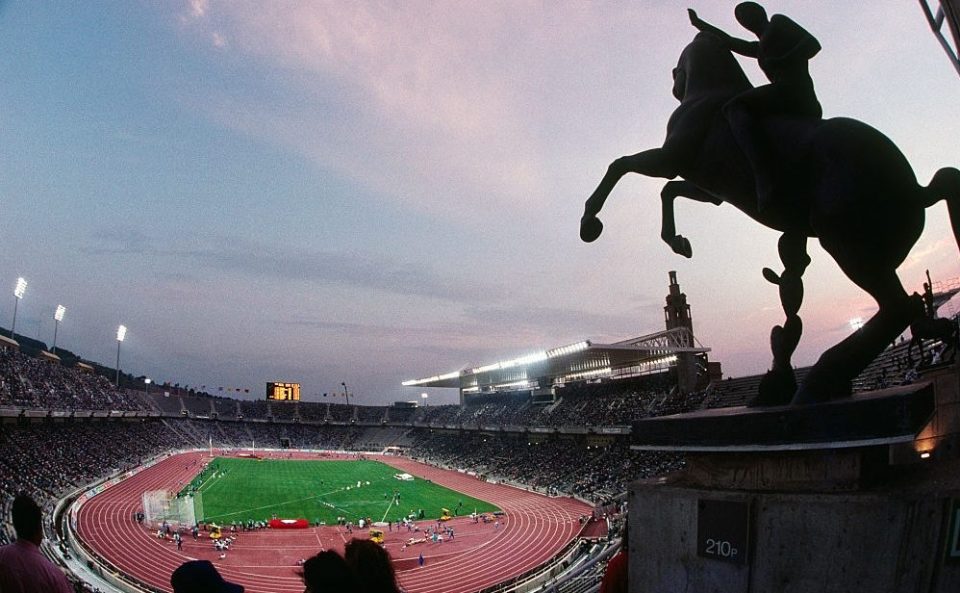 Pure history: The Lluís Companys Olympic Stadium could host Barcelona, ​​but before that, hundreds of stars passed through its corridors.

As the end of the season approaches and the fight for the League tightens, Barcelona could undergo some changes: with the intention of renovating the Camp Nou , the team would have to play its home matches elsewhere, which will probably be the Lluís Olympic Stadium.

With no tentative dates, ESPN reports that club president Joan Laporta held a meeting with Ada Colau, the mayor of Barcelona . In it, the intention was expressed to make this change and, above all, to start as soon as possible.

Contrary to what many would think, it is a stadium full of history, which has already been the home of other soccer teams and international events. It also hosted music stars such as The Rolling Stones, Metallica, Michael Jackson, Madonna, Beyoncé and Bruno Mars .

The original design was created by the architect Pere Domènech i Roura , who worked with the intention of hosting the Olympic Games: the semicircle-shaped stands, a Roman style, as well as the athletics track and the field, cost 65 million pesetas .

Construction work began on April 5, 1927 and ended 2 years later. On May 20, 1929, King Alfonso XIII inaugurated the building for the Barcelona International Exhibition and there were 2 friendly soccer and rugby matches.

First a selection of footballers who played in Barcelona faced Bolton Wanderers; later, the rugby exhibition with the selections of Spain and Italy arrived. With capacity for 60 thousand spectators, this was the second largest stadium in the world at that time , the first was Wembley, with capacity for 100 thousand people.

Barcelona obtained the headquarters of the Olympic Games until October 17, 1986, to organize the 1992 edition. The city spared no expense, so a reconstruction of the now Lluís Olympic Stadium was planned , by architects such as Federico Correa , Joan Margarit and Carles Buxadé i Ribot.

The structure only kept the exterior facades – finally, the one on the west side also had to be built again – new stands were put in and the capacity was reduced a little, to 55,926 spectators .

King Juan Carlos I led the reopening , which took place on September 9, 1989, for the Athletics World Cup that same year. Already at the Olympics and Paralympics, it hosted the opening and closing ceremonies, as well as athletics events.

It would not be the first time that the property has hosted a First Division team. Espanyol played his last game in Sarriá in late June 1997 and thereafter, he moved to the then called Olympic Stadium .

Between August of that year and until May 2009, the Parakeets took over the place. In 2001, it underwent a change in its name and was baptized as we now know it : Lluís Olympic Stadium.

During this period, several Mexicans paraded through the stadium. One of them, Javier Aguirre , did it as the technical director of Atlético de Madrid : his squad had elements such as Fernando Torres, Luis Amaranto Perea and Maxi Rodríguez.

Barcelona already played in the stadium

In addition to visiting Espanyol, Barça visited the Lluís Olympic Stadium in August 2016 for the Spanish Super Cup Final . Led by Luis Enrique, the squad beat Sevilla 5-0 on aggregate.

Interestingly, Lionel Messi made his professional debut at this venue .

Beyond the stories that this property can tell, it also boasts having hosted the biggest stars in music: Bon Jovi, Pink Floyd, David Bowie, Prince, Guns N ‘Roses , The Police, AC / DC, Muse and even One Direction performed here.

If you are still not convinced, RBD did the same in 2007. As if that were not enough, on September 18, 1992, Michael Jackson appeared as part of the Dangerous Tour at a Lluís Olympic Stadium at its maximum capacity.