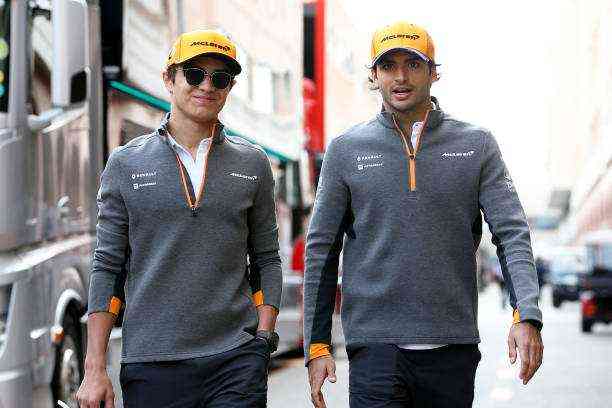 In Formula 1, you live with intensity, during and after the races, so friendships in the Great Circus turn into enmities from one moment to the next, and that is the story of each season. “Drive to Survive” showed us in the third season part of those rivalries that lived throughout 2020, even in times of pandemic.

During the past season, drivers, engineers, mechanics, and managers of the 10 teams lived together longer than they expected due to the health protocols, so that they lived for two weeks on the same circuit, as in Austria, Silverstone, and Bahrain, where two races were held.

“I am spending more time of my life with my colleagues in Formula 1 than with my wife,” said Frederic Vasseur, Alfa Romeo director on the Netflix series, which showcased some of the rivalries between the teams and some of them will remain. 2021.

Valtteri Bottas vs. Lewis Hamilton will meet next season

Bottas came to Mercedes in 2017 after the surprise retirement of Nico Rosberg and has remained in the shadow of Lewis Hamilton ever since. The team itself has asked him to give his place to Hamilton when he is leading a race for the British to win.

Valtteri has a secondary role, so that there is little chance to win, and when it does, Hamilton and the dome of Mercedes usually react annoyingly, not so much for the triumph of Bottas, but on the bad day of Hamilton, so that the Finnish festivities are almost intimate.

They were the perfect duo in Formula 1, since both had a very harmonious relationship and also delivered promising results, but the team’s strategies, which favored Sainz on several occasions, caused a fracture in 2020 that was increased with the announcement of the departure of the Spanish to Ferrari.

At the end of the season, Sainz placed sixth in the drivers’ standings, with 105 points, while Norris was ninth, with 97. For 2021, Lando is racing with McLaren, alongside Daniel Ricciardo, his new teammate.

Both emerged from the Red Bull academy staged a fight to be Verstappen’s teammate in 2019, and the winner was Albon, who repeated with Red Bull, while Gasly was relegated to Alpha Tauri.

Gasly came to surprise Red Bull with a less powerful car, even winning the Italian Grand Prix, while Albon found it difficult to get on the podium.

It could be said that there was no winner of this battle in “Drive to Survive,” as Gasly stayed at Alpha Tauri, while Albon was relegated to Red Bull as a test driver.

Vettel had moments of great tension in 2019 with Charles Leclerc, and the rivalry moved to the track, but in 2020 the German was a very uncomfortable character for the team by disregarding requests and orders from the team.

What most angered his team was the announcement of his departure at the end of the season, when Ferrari hoped to do so politically correct. Vettel finished the season with 33 points in thirteenth place, while Leclerc, who will continue in the team, was eighth, with 98 points, more than double that of Teuton.

They are the team bosses at Mercedes and Red Bull, and each reacts badly every time the other celebrates. Horner’s glory days in Formula 1 were over when Wolff took over at Mercedes and began to dominate the Grand Circus.

If Hamilton makes a mistake and defies the regulations, the first to claim it is Horner, in order to see that the Mercedes star driver is sanctioned and so Red Bull has more chances of victory.

The “traps” that Hamilton has applied to Albon, whom he has left out of the races by crashing him, have fueled precisely this rivalry between the team leaders, who will give us more chapters of these in 2021 if they dare to do the fourth season of Drive to Survive.