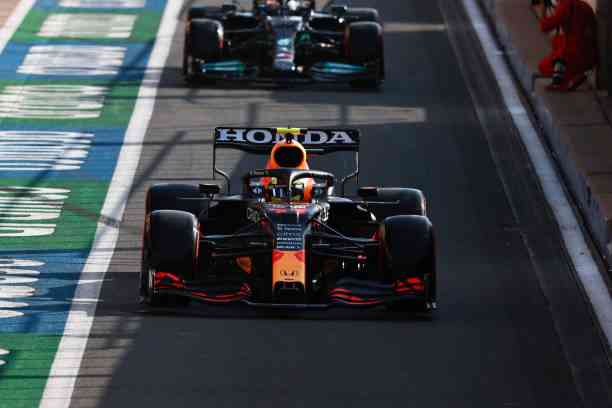 Checo Perez will start fifth in the sprint race, but he was also fined for exceeding the speed limits in the British Grand Prix.

The new Formula 1 qualifying format was launched at the British Grand Prix, which started with the traditional qualifying session, which determines the starting order for this Saturday’s sprint qualifying.

Lewis Hamilton sets the competition on fire with Max Verstappen, as he took first place, so that he will start from the first drawer in sprint qualifying, which is something similar to a mini-race of just over 30 minutes.

The second place went to Verstappen, who will have to watch out for Valtteri Bottas, who was third. Checo will start fifth, behind Charles Leclerc and Lando Norris, so the Mexican will pressure.

Point and part deserve George Russell, the Williams driver who sounds for Mercedes next season, who, despite having one of the most modest cars, so in the sprint race, he will start among the top 10 places.

Fine of one thousand euros for Checo Perez

The Mexican driver is in the crosshairs of the race marshals after the double penalty at the Austrian Grand Prix, and at Silverstone, things remain the same, as Checo was fined a thousand euros for exceeding the speed limits in the pit area during free practice.

Inside the bad, the fine is not such bad news for Red Bull and for the Mexican, because he could be sanctioned with points less in the super license, in which he already has eight units less, and in case of reaching 12, he will be suspended a race.

This is how sprint qualification will start