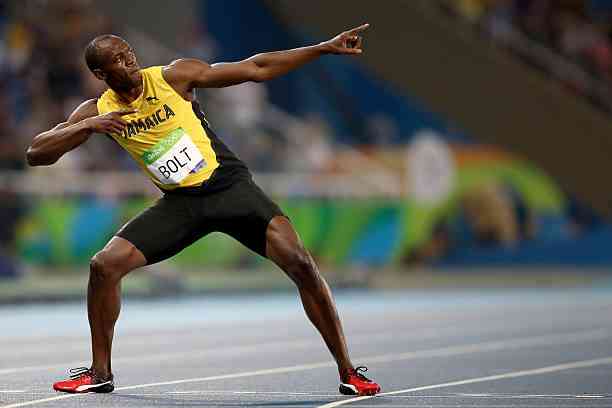 Yes, as you read it… Usain Bolt is recognized as one of the greatest athletes of all time. And it doesn’t matter if sports aren’t exactly your thing; His legacy is so notorious that it transcends beyond what he left on the tartan tracks that saw him run and break athletics records.

The so-called “fastest man in the world” retired in 2017 from the discipline that saw him rise to the top, and since then, he has tried his luck elsewhere. He has already tried, for example, in soccer, but now he has a different field in his sights: music. The legendary former Jamaican athlete recently announced his debut album.

Do you remember Rudo and Cursi? Yes, that movie where Gael Garcoa plays a footballer who, after achieving fame and popularity, wants to become a singer … Well, although that metamorphosis from athlete to artist seems somewhat peculiar, it is not something impossible to see in the real life. And as we already explained, it is Usain Bolt who sets the example.

The iconic Jamaican, that grouper who shook the world with his epic races and unmatched speed at the Olympics, is now on the verge of becoming part of the music industry. A few days ago, the legendary former athlete announced the release of his debut album in great detail.

Here is the information: the album Usain Bolt will debut as an artist will be called Country Yutes. It is a collaboration with Nugent “NJ” Walker, who is his representative and business partner. And just so you can see that all this is serious, the former runner will release the record material through his own record.

From what can be heard in some of the singles that he has previously released, this album will lean towards the dancehall musical style that is very popular in his native country. And well, it is not exactly that Bolt is new to this music business since he had previously released some creations, precisely in 2019 and 2020. However, he had not established his intentions to make an album as such.

“We are just trying to hold on, trying to make people understand that we are not just here joking. We take music seriously, so we’ll take our time, just like in track and field… I want to win a Grammy, that would be the most important thing to me. That is my ultimate goal , “he said in statements collected by the DancehallMag medium. Will we see him break the music industry like he did on the tartan track? Will have to see. For now, to wait until September 3 for the release of their debut album. Here’s a taste of what it does.

Who Is Rachel Blackmore, First Champion Of The Most Important Equestrian Race In The United Kingdom?