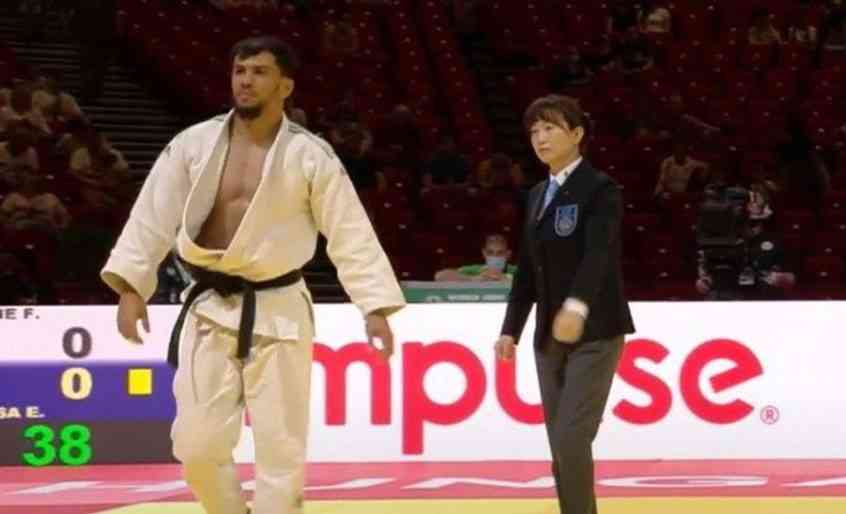 Fethi Nourine refused to participate in Tokyo 2020 to avoid facing an Israeli rival, and the sanction imposed by the IJF was expensive.

You may not recognize the name of Fethi Nourine, but you may remember that in Tokyo 2020, there was an athlete from Algeria who preferred to withdraw from the Olympics for refusing to compete against an Israeli rival, and what do you think… It was him.

Well, this snub will be expensive for Fethi Nourine because the International Judo Federation (IJF) did not ignore this painful fact experienced in Tokyo 2020 and decided to suspend judoka for the next 10 years and not only him … but also his coach.

Nourine’s coach Amar Benikhlef will also face a decade-long ban for supporting the Algerian judoka’s decision to withdraw from the competition. So the IJF made an even decision with the pair and their aspirations for the Olympic Games in Paris 2024 and Los Angeles 2028 move away.

The question is much more curious than you think, because Nourine did not even face the Israeli Tohar Butbul, in fact, he did not withdraw from the fight against him, but from his first fight with which he would advance. Here is the explanation of what happened.

Feth Nourine and his suspension for avoiding Israeli rival

Fethi Nourine had to face Mohamed Abdalrasool of Sudan, and if he won, he would have to face the Israeli judoka, but he did not want to take his first fight, and that is why he was suspended from Tokyo 2020. But what do you think … The Algerian Olympic Committee took away their accreditation and had to return to their country with more pain than glory.

This suspension is for all events and activities of the International Judo Federation, and the 10-year sanction will be served until July 23, 2031.

According to the statement issued by the International Judo Federation, the body decided to open the disciplinary process against the athlete and his coach for making a type of political, religious, or racial manifestation or propaganda that is not allowed in any Olympic site.

According to the IJF, the resignation of Fethi Nourine and his coach used the Tokyo 2020 Olympic Games as a platform for protest and promotion of political and religious propaganda, which is actually a violation of the Judo Federation statutes, the Code of Ethics, and the Olympic Charter.