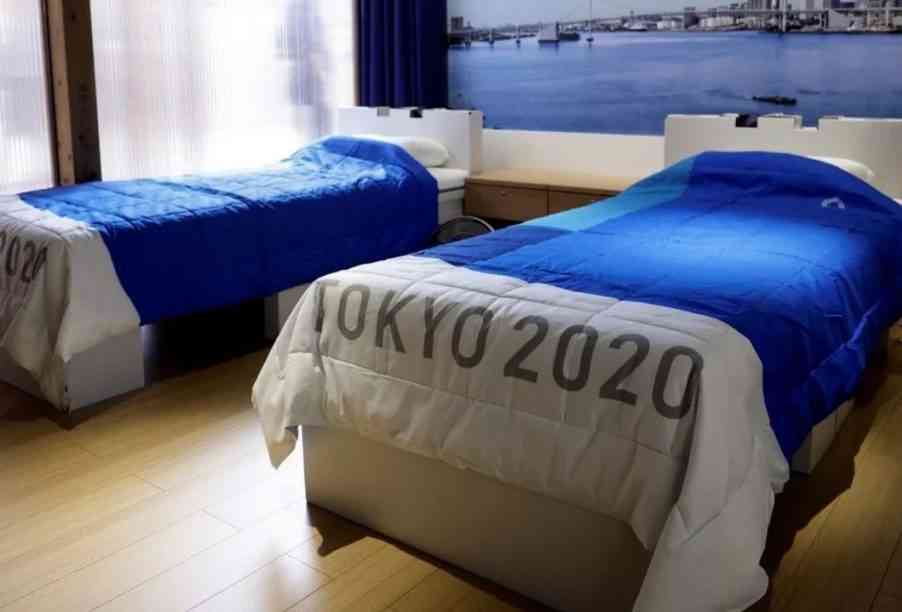 The organizers of Tokyo 2020 presented the beds that will be used in the Olympic Village and say they are anti-sex. Is this really so?

You may have heard or read about the “launch” of the anti-sex beds for the Tokyo 2020 Olympic Games, but if not, here we briefly tell you what happened in this regard.

It turns out that almost a week after the opening of the Tokyo Olympic Games, which were postponed a year due to the coronavirus pandemic, the beds made of cardboard that are already installed in the Olympic village were presented.

In total there are already about 18 thousand recyclable cardboard beds, and according to Takashi Kitajima, manager of the Olympic Village, these beds were made of this material to prevent athletes from having sexual intercourse (as if the bed were the only place ) during their stay in Tokyo and become infected with COVID.

“Those beds can support up to 200 kilograms. Indeed, these beds could hardly support the weight of two people, let alone a euphoric celebration. Of course, the wood and cardboard would break if you jump on them,” said Kitajima.

Were they really intended to avoid sexual intercourse?

Not at the beginning. In reality, these beds made of recyclable cardboard had already been presented in January 2020, before the world collapsed from the pandemic. In fact, the International Olympic Committee had budgeted for the distribution of 160 thousand condoms among athletes.

The beds that were presented in 2020 are the same that were presented again this year, and in fact a spokesperson for the company that built the beds, said according to AFP, that resistance tests had been carried out, and the result showed that no there was a problem, as long as there were only two people.

“We have done tests, like throwing weight on the beds. As long as there are only two people in the bed, they should be strong enough to carry the load,” a spokesperson stated in January 2020.

A little yes they make a lot of the delicious in the Olympic Village?

Although it is not to make delicious food, since Seoul 1988, the Olympic Village has been characterized as the seat of cultural exchange and something else among athletes, so from then on, the International Olympic Committee has taken measures to prevent contagion. of sexually transmitted diseases.

In Rio de Janeiro 2016, for example, almost half a million condoms were distributed, and in 2018, during the Pyeongchang Winter Olympics, the use of Tinder grew by 350%.

In Tokyo, 160,000 condoms were expected to be distributed by the International Olympic Committee in January 2020, but since the pandemic changed everything, they are now considering distributing condoms to athletes upon their departure from Japan, so that they are used outside of the host country of the Olympic Games.

“He Did Not Die, They Killed Him” Against Whom Do Argentines Demonstrate After Maradona’s Death?