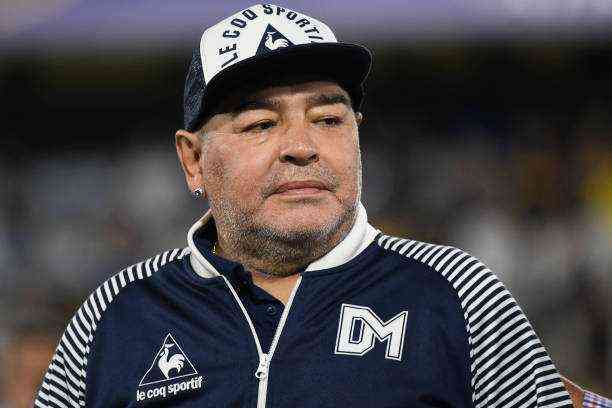 In Argentina, there is a new uproar in the case of the death of Diego Armando Maradona, after the justice of that country determined that the ex-footballer’s neurosurgeon, Leopoldo Luque, forged the signature of ’10’ to obtain a copy of the clinical history.

Luque was the neurosurgeon who treated Maradona for a brain hematoma in early November 2020, and from which he was recovering in a house on the outskirts of Buenos Aires, and where he died on November 25.

After confirming the death of the former captain of the Argentine National Team, an investigation was launched to determine possible medical negligence, since Maradona’s cause of death was classified by the judge of San Isidro (province of Buenos Aires) as wrongful death.

Why did you forge Maradona’s signature?

For this reason, on November 29, seizures were made, mainly on the property of Leopoldo Luque and Agustina Cosachow, a Maradona psychiatrist. Among the documents that were seized in Luque’s property, the clinical record of the Olivos Clinic was found, where the ’10’ was treated, dated September 1.

To obtain the clinical history, the patient must authorize a copy through a signed request, or if it is not in conditions, then the request must be signed by a guardian. In this case, Luque would have forged Maradona’s signature, according to the Attorney General’s Office.

What’s next in the Maradona-Luque case?

So far, there are no detainees, as the investigations continue, but in this case, Luque could be sentenced to at least six months or up to two years in prison to use adulterated documents.

Being a lesser sentence, Luque could physically avoid prison, however, as the investigations continue, the neurosurgeon could add other sentences.