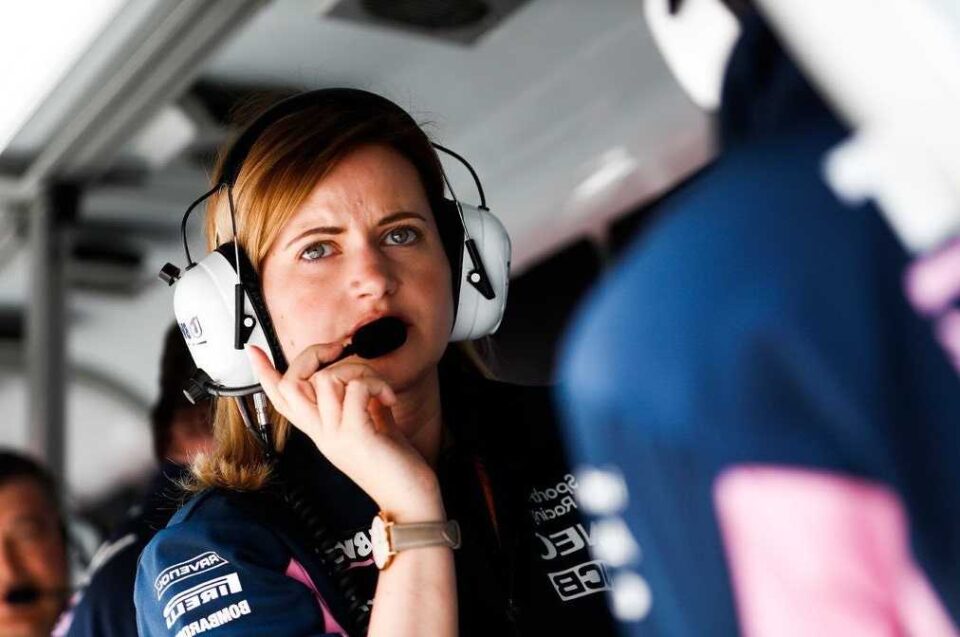 Each year, only 20 men have the opportunity to occupy one of the seats to face the Formula 1 season. One or another driver reaches an extra seat if one of the starters has to be relieved due to accidents or illness. More limited are the places between the engineers of the teams.

Every year at least one spot is freed among the 20 squad seats, as opposed to spots among the strategy engineers. Each of the 10 teams has one, and only one team has a woman responsible, it is Aston Martin, which has worked since 2015 with Bernie Collins.

WHO IS BERNIE COLLINS?

Bernadette Collins is an Irish engineer who came to Formula 1 as an apprentice at McLaren after graduating from Queens University in 2009. With McLaren, she has been a performance engineer since 2014, working closely with Jenson Button and Lewis. Hamilton.

“At school, I enjoyed mathematics, physics, and technology. From there, I became a mechanical engineer, and that introduced me to aerodynamics and that increased my interest in motorsport,” she explained to a channel.

In May 2015, she resigned from McLaren to join Force India as a strategy engineer, and from that year until 2020, she worked with Mexican Sergio Pérez, in addition to those who had been his teammates: Nico Hulkenberg, Esteban Ocon, and Lance Stroll, the latter two already in the era of Racing Point.

WHAT ARE COLLINS’S RESPONSIBILITIES?

In a way, it could be said that Bernie Collins served as the boss of Mexican Sergio Pérez, because although the pilot also has a voice to draw up the strategy to follow in a race, it is she who ends up making decisions during practices, qualifying sessions, and the race.

“My role is to ensure that we will get the most out of the weekend for both drivers,” she explains, so he is in charge of analyzing not only the strategy of his team, but that of the rivals, taking into account factors such as the wind, rain, tire degradation among other things.