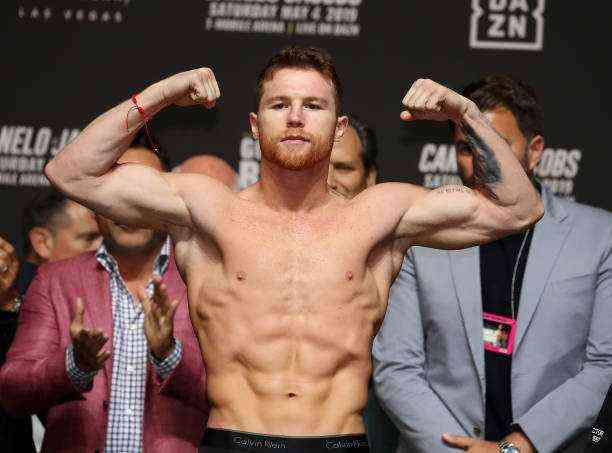 Canelo was born in a humble home where he made his way based on effort and discipline, inspired by his father, who was dedicated to selling pallets in Guadalajara, Jalisco. However, since he was a child, Canelo always knew about his temperament and managed to channel it in a good way when he started boxing, a discipline that he has mastered.

But before that, he tried his luck in soccer, where he accepts that his father sought to take him to the Atlas school so that he would take sport more in shape, a situation that Canelo He rejected because he was clear that what he liked was to put on the gloves and get into the ring.

“I played soccer, in fact as a child they wanted to take me to the basic forces of the Atlas, but I already knew boxing at that time, I said ‘I want to be a fighter, I don’t want to be a footballer, sometimes I just played (soccer) to fight me”, The man from Guadalajara said in an interview with Javier Alarcón, while adding that he does not have a favorite team.

“I don’t have a team in itself to whom I go. I am not a football fan, whenever the national team plays, we are always supporting the country, but I am not supporting a team or keeping an eye on football”, he added.

Canelo Alvarez explained that he managed to get his father out of several tantrums as a child because he did not agree that he should go boxing instead of helping him with the paddle work.