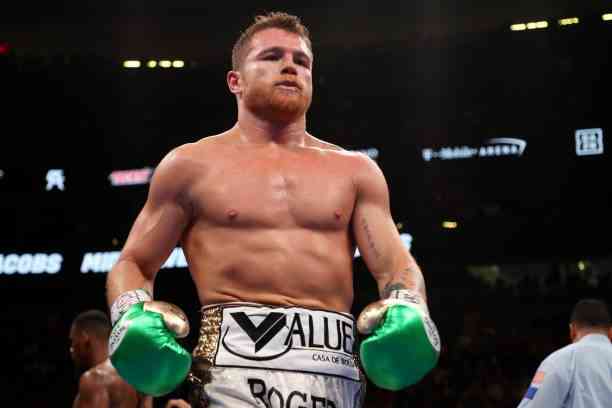 Saúl Álvarez already palpitates his fight on May 8 against the British.

With just over 2 weeks to face the British, Billy Joe Saunders, Saúl Álvarez is already beating his next fight, which, almost always, considers it complicated and careful, although with the confidence that he will come out with his arm aloft.

In an interview with ESPN, Canelo stressed the qualities of his rival, whom he considered fast and with which he will have to be very alert.

“They always come to beat me, and I train for the best. He is left-handed, he is a difficult fighter because he knows how to move very well, he knows how to box very well. He knows how to counterattack and I have to be very attentive, especially in the first rounds. It will be a very fight. complicated.”

The man from Guadalajara relies on the work of Eddy Reynoso and the entire Canelo Team, to add one more victory to his almost perfect record.

“I am happy to bring everything back, plus boxing, I expect support from the fans, shouting Canelo. I’m going to win without a doubt, I’m training 100 percent, I came to win and that’s the only thing that goes through my head”.

Regarding his physical form, Álvarez said he was in perfect condition, despite the fact that this will be his third fight in 5 months, something he had never done.

“I feel at my best, I had 13 months without fighting, here is the reason why in almost five months I am going to do three fights, I feel very happy and ready to fight, boxing is my life, I am happy to be active”.

Canelo and Saunders meet on May 8 at the Dallas Cowboys Stadium in Arlington, Texas, with more than 40,000 fans present.