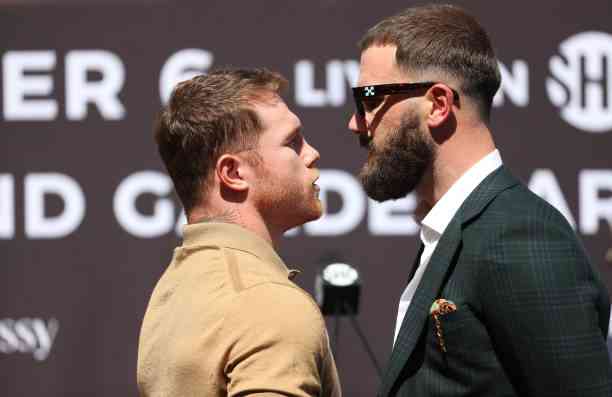 Saul Canelo Alvarez heated up the fight against Caleb Plant a little bit by ensuring that not even the highest ones can break him.

Saúl Canelo Álvarez already gave Caleb Plant a taste of what to expect in the November 6 fight after giving him a good scare at the fight presentation ceremony.

Álvarez reacted after an exchange of words, and when the American made reference to his mother, the Mexican pushed him (and went to give about four meters) and when Plant tried to release the first blow, Canelo prescribed it with a couple of ‘petting’.

That was the first warning from the Mexican about the American, and the second came in an interview with Fighthype, in which he recalled that the difference in heights (‘Canelo’ is 12 centimeters shorter) would not be decisive on the ring, and already it demonstrated with other opponents 10 or more centimeters taller than him.

“No one can break me. I have a strong mind, and no one can do it. Try it. I have the experience and skills to deal with all styles. This is nothing new to me. Tall, strong boxers … I have fought with everyone,” he said.

Álvarez, who has been surprising lately with the shows leading up to his fights, stressed that Caleb is a good fighter, however he will really test his talent in the November fight in Las Vegas.

“He’s a good fighter, and he has a good job, but staying on top is difficult. You need to be disciplined and smart, and obviously, you need the talent to keep up,” he mentioned.

Two retirement wins from the corner

Alvarez has retired his last two opponents from the corner. Avni Yildirim beat him in three episodes, after going to the canvas on a couple of occasions while Billy Joe Saunders ended with serious fractures on his face, so he abandoned the fight in the eighth. Will there be a third retreat?