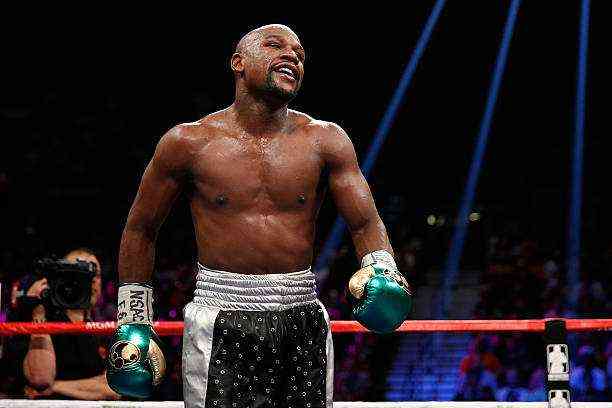 The boxer Floyd Mayweather tends to generate controversy because he is not afraid to show off the wealth he has forged throughout his career, which is why it is common to see him upload some eccentricities to his social networks, which is why there are those who ask him to be more humble, a suggestion that does not disturb the American. On this subject, the boxer does not usually speak, although this time he decided to give his position in which he stressed that everything he does is to support his family, because a “I love you” will not feed them.

“I like to feed my family, we cannot feed our family simply by saying: ‘I love you,'” said the 44-year-old boxer who just became a grandfather, a grandson to whom he already gave his first gift, a luxurious watch—Rolex whose value amounts to 45 thousand dollars.

In an interview for the British newspaper, The Sun, The Money stressed that his way of acting is only a reflection of the things he can pay, considering that his fortune is estimated at 700 million dollars.

“Money has put us in a position to have the best things in life, so that we can travel and have fun, live life and experience different things. When you can make a lot of money, you can do those things,” he added.

Mayweather had not stepped into the ring since 2017, when he had one of the most controversial fights because he faced the MMA specialist, Conor McGregor, from there he has flirted with the possibility of holding another fight and was even on the verge of colliding his gloves with him influencer Logan Paul, but in the end, nothing happened.

The Statistics Of Jake Paul’s Controversial Win Over Tyron Woodley ?