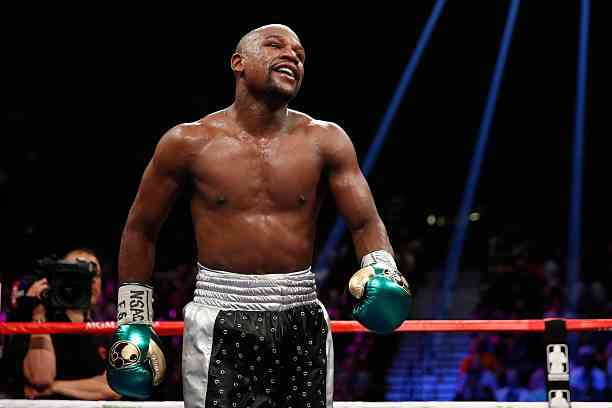 Floyd Mayweather is not short of money, but he likes to increase his bank account. Oscar de la Hoya already knows how much to face it.

Before the end of 2021, Oscar de la Hoya wants to return to the world of boxing with a fight, and he challenged Mayweather for a million, here we tell you. Floyd already knows about the challenge that the Mexican-American fighter threw at him and has a clear answer.

Floyd Mayweather’s environment and the boxer himself heard Oscar de la Hoya’s call for a rematch fight in 2021, according to sources close to TMZ. And is that the team of “Money” Mayweather does not close the possibility of that fight.

Floyd Mayweather hasn’t been as active since retiring as a pro and has only had a couple of fights. He faced Conor McGregor in 2017 and Logan Paul in 2021, so Oscar de la Hoy considers that “Money” could accept a rematch.

In life, they say that the second parts were never good, that does not strictly apply in the world of boxing, that is why some of the fans of the sport of punches could enjoy this confrontation, although the point against is age advanced of both in a fight that really is contested.

How many would Floyd Mayweather find interesting?

An unbeaten record is something that few can boast about, and Floyd Mayweather can boast about, in addition to the amount of money he has in his bank account. One of his victims was Oscar de la Hoya himself in 2007, although it was a divided decision.

Floyd Mayweather would not see badly that the fans have a rematch fight between the two fighters, but only if he actually has the amount of money that Oscar de la Hoya said he would offer “Money” to face the 100 million dollars again.

Although as businessmen, Floyd Mayweather’s environment doubts that the Golden Boy promoter has the amount of money he says to face again, although we do not doubt that it is a strategy to pique de la Hoya’s pride and seek to put on the table the money he says to re-measure himself in a boxing ring.