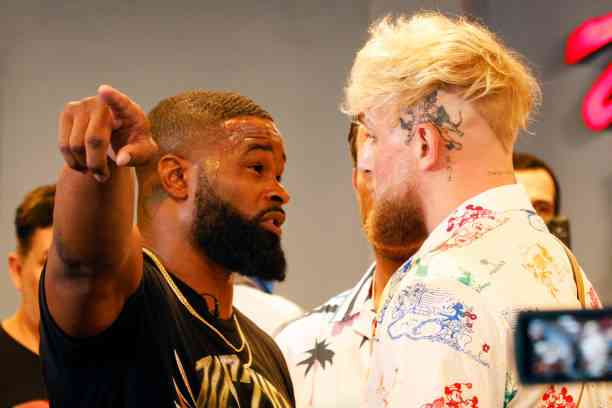 Tyron Woodley makes his professional boxing debut against YouTuber Jake Paul, who is undefeated with a 3-0 record as a boxer.

The world of boxing is constantly changing, this Sunday, August 29, we will have one of the biggest events of the year, and the funny thing is that the fighters involved are just beginning a career as professionals. Neither Jake Paul nor Tyron Woodley have a long boxing career.

Thanks to a few professional fights, Jake Paul is a Youtuber who has made a name for himself in the boxing world. He is currently undefeated, winning his first exhibition match against fellow YouTuber AnEsonGib.

After his first win, he began his career as a professional boxer and faced former professional basketball player Nate Robinson, whom he beat by knockout. His third fight in boxing came against a former UFC fighter, Ben Askren, whom he also dispatched.

His rival for August 29 is Tyron Woodley, not just a former UFC fighter, but a former champion of the world’s largest mixed martial arts company. Jake Paul hasn’t faced a fighter of the quality of Woodley, so it will be the most difficult challenge.

Tyron Woodley’s career, at least in MMA, was in decline from 2019, as he is no longer in the UFC or mixed martial arts. He has a record of 17 wins, 7 losses, and a draw, sadly his last 4 fights in the Octagon were losses.

He will make his debut as a professional boxer against Jake Paul, but the world of boxing is not unknown, although his main characteristic is fighting, he has several knockouts in his career, since 5 of his victories come via chloroform (counting only those he has with the hands).

This fight has an ingredient between both fighters, and that is that they have entered a war of declarations. Since before the fight was made official, the dimes and diretes have heated the spirits among the boxers, making the fight more attractive.

“I am happy to be a part of this, but I am not only here to participate. I am here to take command. And you’ll see Jake Paul get hurt in a way you never imagined. You may not want to do this again after this“, said Tyron Woodley for The MMA Hour.

True to form, Jake Paul has raised the expectation of the fight with statements to blur his rival. In an interview for Skysports, the YouTuber mentioned: “Honestly, after this camp, I said three (rounds), and now I’m thinking, two maximum. But to be honest, something in my heart tells me that it is going to be another one-round fight, “I fully trust his quality, and here is proof of that.

Where to watch the fight between Jake Paul and Tyron Woodley?

The fight is scheduled for Sunday, August 29, and will be 8 rounds at cruiserweight. The time the event starts will be at 8:30 pm, for the main fight, you will first have to wait because there is a fight before Jake Paul vs. Tyron Woodley.

And if you wonder which channel will broadcast the fight, the answer is that SPACE will have this boxing match live and direct. So check with your pay-TV provider to find out which channel the fight will be broadcast on.