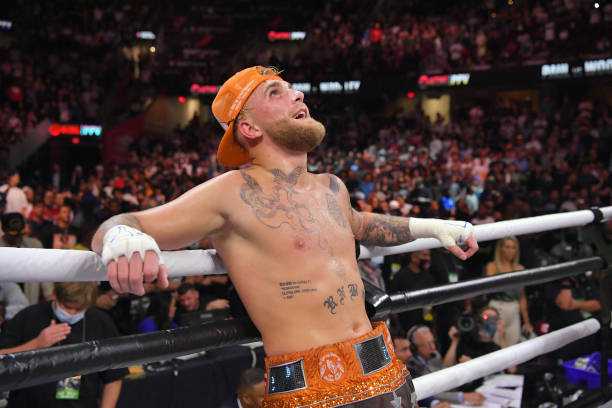 Jake Paul already knows the date, venue, and rival for his next fight. It will be on December 18 against Tommy Fury in Tampa Bay, Florida.

Few professional boxers generate as much excitement as Jake Paul does, and yes, we already have to consider him a professional fighter. He beat Tyron Woodley, and he already knows the date and his rival in his next fight before the end of the year.

This December 18, Jake Paul will face Tommy Fury in Tampa Bay, Florida. The YouTuber made the meeting official on his social networks and sent a slightly risque message to his British rival, so the fight would be hot.

“It’s finally official, Timothy had no choice but to sign the contract to finally be able to pay his bills. I’m changing this idiot’s name to Tommy Fumbles and will celebrate with Tom Brady. Frown Timmy… it’s time to say goodbye to your last name and your family’s boxing legacy.” Jake Paul did not save anything.

Both fighters will enter the ring undefeated, and one will end with the first loss of his career. Jake Paul has four wins in as many fights, most notably wins against Nate Robinson and MMA fighters Ben Askren and Tyron Woodley.

Although Askren and Woodley have boxing skills for mixed martial arts, they are not experts on the subject, and it is not about to demerit the triumphs of Jake Paul, but it will be the first time in his career that he will face a real boxer from the profession.

Tommy Fury, a rival of Jake Paul, to follow in his brother’s footsteps in boxing

His blood is tradition in boxing. His half brother is the heavyweight champion, Tyson Fury. He is trying to follow in the footsteps of the ‘Gipsy King’, so he has not done badly in his career as a professional boxer. He has seven wins in seven fights.

Possibly he has not faced such difficult opponents, but the good thing he has in his career is the finishes he gets. Of the seven fights, there are four that have ended by way of chloroform, that is, it has the power to do damage.

Jake Paul will not have an easy fight, because against Tyron Woodley, he showed that he still needs to work on defending the blows. Fury has a right hand that can shake anyone, and he knows how to connect it in combinations to the body or head, so Paul will have to start working on his footwork, hips, and heading.

The Statistics Of Jake Paul’s Controversial Win Over Tyron Woodley ?