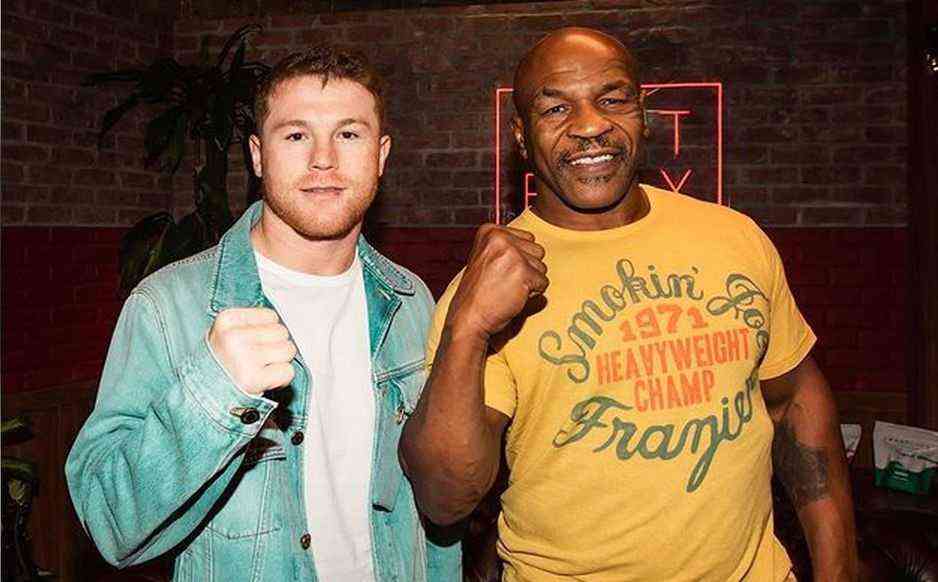 In the talk, Mike Tyson told him that he is where he is thanks to The Money, something that the Guadalajara boxer himself admitted.

Saúl “Canelo” Álvarez met with Mike Tyson to do a very special review of his career, in a talk in which the names of Julio César Chávez father and son, Miguel Cotto, as well as Floyd Mayweather, stood out.

Regarding César del Boxeo, he admitted that he was one of the boxers who inspired him thanks to Eddie Reynoso she began to bring him closer to him, although so was Butter Naples; of Mayweather, he spoke as a rival that served to catapult him, the one that marked his way; He remembered Cotto because his triumph filled him with confidence; and finally del Jr. considered that it was an “easy” fight.

The importance of Mayweather

In 2013, at just 23 years old, Canelo was encouraged to face Floyd Mayweather when he was at the peak of his career, with a result that was easily adverse for him. With his rocky style, the American overcame it without complications, although that challenge was extremely important for Tyson.

“I have grown a lot since then. I always believed that I should have fought Cotto first, Lara, all those rivals, and then Floyd. But that’s how things turned out. He needed more experience, to be a more mature fighter. I don’t think I lost, I take that fight as an apprenticeship”, Canelo acknowledged.

Regarding Chávez Sr., he commented that he is one of the boxers he began to follow as soon as he joined Reynoso and even acknowledged that Salvador Sánchez did not enter his list of figures to follow due to simple ignorance.

“I started with my brother, but then Eddy showed me videos of Gilberto Román, Julio César Chávez, Naples Butter,” something that led Tyson to mention Sal, about whom he openly acknowledged how little he knows about him. “Salvador Sánchez not so much. I haven’t seen him much.”

And regarding Jr. he commented that it was not a challenge that began when they were both teenagers.

“We had problems since I was 16 years old, and we wanted to do that fight. We did not coincide in the amateur stage. Then, I grew up, I got stronger, and we did that fight, but that fight was easy for me .”