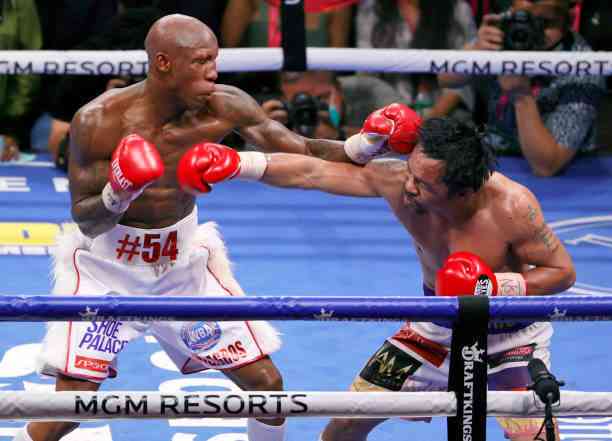 Although he only had two weeks to prepare, Ugás was very solid and smart enough to retain the WBA welterweight title.

Yordenis Ugas achieved the greatest victory for Cuban sport by defeating Manny Pacquiao by unanimous decision, in what could be the last fight of the Philippine legend, to retain the welterweight championship of the World Boxing Association.

Although he only had two weeks to prepare for the fight, the Cuban gave a great boxing demonstration to stay with the victory at the expense of a Pacquiao who proved to be far from his best physical form. The cards favored him by 115-113, 116-112, and 116-112 to make it clear what happened.

Age ended up being an important factor, because Pacquiao no longer showed the speed and power of his best years. Every time he entered, he could not do it solidly and in return received a forceful response given his inability to avoid blows as he did in the past.

The Cuban worked well on the Pac-Man based on a very good guard and a very fast right hand that he entered multiple times. His country’s school stood out to stand up to one of the best in history and to diminish it little by little.

In the first bars, the challenger showed part of that quality that put him among the boxing giants, although as the minutes passed they found him the distance, and it was difficult for him to shine again. Ugás was very intelligent, analytical and thus led the match round after round.

Impotence took hold of the Filipino as the minutes passed, since he could never hit as usual, that is, neither hard nor fast, despite the fact that he released a greater number of blows than his rival, and that helped him to end up confident and even looking for the knockout, something he failed to do and led to the scorecards.