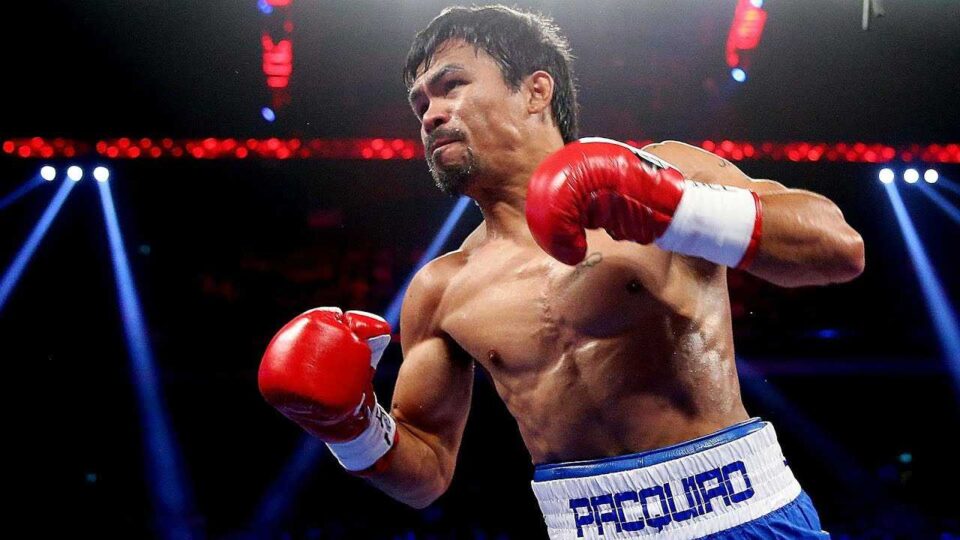 Manny “Pacman” Pacquiao is one of the most talented, exciting, and popular boxers in the world right now; however, after spending about 26 years in the world of professional boxing, it is safe to assume that the legend’s career is past its prime, however, as since he has said that he wants to retire after two more fights this year, fans are really excited about Manny Pacquiao’s next fight.

Pacquiao has been inactive for almost two years now, which has led to fans asking the question, is Manny Pacquiao Retired?

However, since the beginning of this year, there has been a lot of talk and speculation about Manny Pacquiao’s next fight.

The point at which Pacquiao is in his career, going on another title run doesn’t make much sense for him. He is probably looking for exciting money fights that allow him to make money and solidify his already incredible legacy in the sport.

For a while now, there has been talk of Pacquiao fighting two of the most exciting stars in combat sports, Though he hasn’t fought for about two years now, Pacquiao looked incredible in his last fight against the then-undefeated Keith Thurman, when he captured the WBA welterweight title, and now, it seems like the sensational and unbeaten interim lightweight champion Ryan Garcia, who is a superstar in his own right, is the contender for Manny Pacquiao’s next fight in 2021.

With 21 wins, no losses, and 18 knockouts, Garcia is an incredible superstar, and the matchup between him and Pacquiao could be one of the most exciting sporting events of 2021.

Secondly, there have been talks about an incredible clash between the extremely popular MMA star, the Notorious Conor McGregor. This is a real money fight in every sense of the word. The names of both Pacquiao and Mcgregor bring in the crowd, and a lot of PPV buys, so you can be certain that this fight will generate a lot of money and be one of, if not the most popular combat sports event in 2021.

So, let’s take a deeper dive into these potential matchups and talk about the probability of them actually coming to fruition.

Apart from being an extremely exciting matchup, there are many reasons why this fight should happen.

We can’t hold it against any fan or critic who might prefer that Garcia fights against someone from the currently stacked roster. Many would prefer him to face off against the likes of Gervonta Davis, Vasily Lomachenko, Devin Haney, or maybe the new undisputed lightweight champ, Teofimo Lopez. However, a fight between Garcia and Pacquaio is also understandable.

Fighting Pacquiao offers Garica more from a financial standpoint and allows him to raise his stock. King Ry is quite popular with more than 8.4 million followers on Instagram, and after a victory over a legend and PPV great like Pacman, Garcia could reach the levels of stardom that many have predicted for him.

Will the fight actually happen?

Now, the main question on every fight fan’s mind is, will this fight actually happen?

Honestly, it’s hard to say anything with certainty right now; it could go both ways; however, the potential of this incredible bout can’t be denied. As it seems, for now, Garcia’s dream to fight the boxing legend may have to remain.

Golden Boy Promotions recently told ESPN Knockout in an interview that the fight between the two athletes might not be in the cards just about now. A Golden Boy executive, Eric Gomez, told ESPN in an interview, “There’s nothing to talk about there,” he said,

“They contacted us, but it turns out there’s nothing to talk about. That fight isn’t going to happen.”

Though that statement may have broken the hearts of many boxing fans, there is still some hope, and another member of Garcia’s representation, Guadalupe Valencia, told The Athletic that the fight can still happen, and the door is still open. He said,

“We’re discussing terms, Manny and Ryan want it and instructed their teams to make it happen. That’s what we’re trying to accomplish.”

So, don’t just give up on this dream match just now, because as it seems, the fighters and their promotions haven’t either. Furthermore, there has been some speculation about the Pacquiao-Garcia fight being and exhibition, which many fans have a bone to pick about.

Mcgregor is undoubtedly one of the biggest draws in combat sports, and after his loss against Dustin Poirier in the Octagon, no chances of a rematch against Khabib Nurmagomedov, a crossover fight against Pacquiao seems like the most lucrative approach for Mcgreggor.

Furthermore, Pacquiao has also signed with Audie Attar’s Paradigm SM, which is the management company of McGregor as well. This is going to make it much easier for both sides to complete negotiations for the fight.

Pacquiao is a veteran of the sport; he has 62 wins, seven defeats, and two draws and has paid his dues to the sport many times over. He has fought the best of the best and come back from difficult defeats. So, no one can criticize Pacquiao for seeking a couple of mega-money fights to serve his pension and solidify his legacy.

However, the problem with making this fight is the absence of the crowd. Given the huge demand, a fight between Pacquiao and McGreggor would stimulate, promoters and fighters would prefer to wait until it becomes more profitable to stage the fight. In fact, one of Pacquiao’s team members, Choi Garcia, said in a recent interview,

“I just don’t see him fighting without any crowd involvement,” he said that Pacquiao draws energy from the crowd, so no one is certain when his next fight is going to happen.

The 2022 presidential elections of the Philippines are only 17 months away, and Pacquiao has taken significant steps towards becoming the presumptive nominee for his political party, the Partido Demokratikong Pilipino (PDP). He was also recently chosen as the President of the ruling party and had himself said that he is too busy with his duties to consider fighting until April.

so, you may have to weight for a while until you hear about Manny Pacquiao’s next fight

Yet, Pacquiao is adamant that he wants to fight at least two times this year before he retires officially from his athletic career.

Manny Pacquiao is an absolute legend of boxing and one of the biggest combat sports stars in the world. Moreover, he holds an important place in the political environment of the Philippines. Therefore, he is probably going to have a very busy year, and all of his fans, including me, are impatiently waiting to witness the greatness of the legend in the ring again.

DO YOU KNOW WHY UFC FIGHTERS HAVE EARS LIKE CAULIFLOWER?