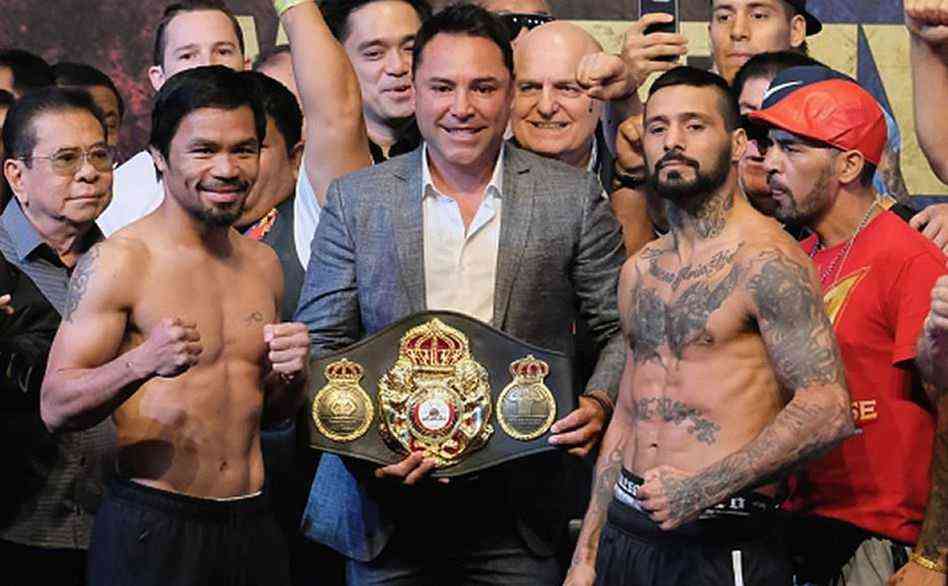 A few days ago, Keith Thurman assured that the Filipino’s punches felt “as if they were cement,” and now it was the Argentine who criticized him.

The accusations against Manny Pacquiao are beginning to be constant, and now it was the Argentine Lucas Matthysse who pointed out how strange the hit of the Filipino was, to whom he fell in July 2018 in Malaysia.

A few days ago, the American Keith Thurman, who fell to the Asian by split decision in mid-2019, noted that “Pacquiao’s fists felt like cement”, something that prompted Matthysse to add his comment.

“For me, it was still weird. I felt dry blows, thump, and my legs were loosening, I was going alone. It’s something I’ve never felt, because I’ve never been knocked out, lost. But the blows were either very fair (the gloves), or I don’t know, but they did feel weird,” the South American commented to World Boxing.

However, the doubts did not stop there, since he also pointed out that they did the anti-doping on him, while Pacquiao never saw that the authorities did it.

“It was bullshit. Anabolic? Yes, there you can use, but that does not increase the punch, I say, but where we fought, we did not do anything, they did doping just like that, “he criticized.