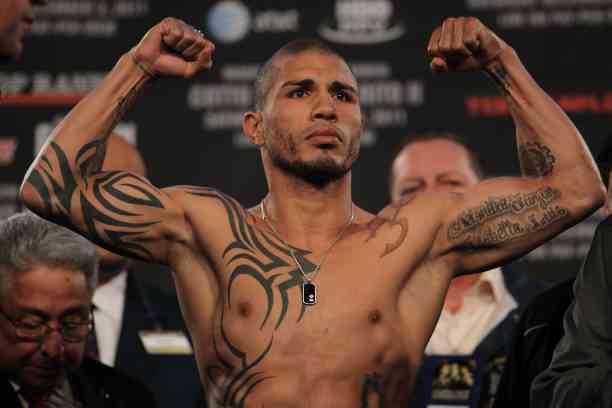 We all miss Juan Manuel Marquez in a ring, few like him have eclipsed the boxing world and the Mexican people. Well, those days of longing to see the Mexican boxer again in a ring are over, as he will come out of retirement for an exhibition match.

“Dynamite” will leave inactivity and will return, first to training and later to the ring to face another of the best boxers of our generation, Miguel Angel Cotto will be his rival on his return to the ring.

In 2017, Juan Manuel Marquez announced his retirement as a boxing professional at 43 years of age and due to injuries that at that time prevented him from continuing his successful career in the world of punches.

Miguel Angel Cotto also said goodbye to boxing in 2017, he will get into the ring to face the Mexican boxer in an unprecedented fight. The WBC announced through a promotional video the fight that has already been agreed, although there is still no official date for the duel.

64 fights as a professional for Juan Manuel Marquez. He began his career on May 29, 1993, and did not start as “dynamite” expected, because his first fight was a disqualification loss to Javier Duran, and after that disaster in his debut, he scored 29 wins in a row.

Freddie Norwood would be the 31st rival in Juan Manuel Márquez’s career, and Nevada’s Mandalay Bay saw another defeat for the Mexican for the WBA featherweight championship. He would return to the path of victory with a string of 13 fights without losing.

Manny Pacquiao appeared in the career of Juan Manuel Márquez, whom he would face 4 times. The first with a draw, 2 controversial defeats, and a resounding victory with a knockout that we will never forget.

Juan Manuel Marquez finished with a record of 56 wins, 7 losses, and 1 draw. Floyd Mayweather Jr and Timothy Bradley were some of the Mexican’s career executioners, and among his outstanding victories are Marco Antonio Barrera, Joel Casamayor, and Mike Alvarado.

The career of Miguel Angel Cotto

Miguel Cotto’s professional debut began as a dream, as in 2001, he defeated his first rival by technical knockout and would remain undefeated until their fight 32. A Mexican took away the undefeated, although later the defeat would unleash a series of cheating accusations, Miguel Cotto lost to Antonio Margarito.

He sought revenge against Antonio Margarito to show that he could beat the Mexican, and he got it, but before he had to face Manny Pacquiao, who beat him, but in the process, he beat Ricardo Mayorga, Joshua Cottley and finally took revenge on Margarito.

Floyd Mayweather Jr crossed his path and gave him his third loss, the fourth came in the next fight against Austin Trout, and it seemed that his career was in a tailspin after winning multiple WBA and WBC championships.

He vindicated himself and returned to the path of victory for 3 consecutive fights, in which he included a victory over Sergio “Maravilla” Martínez and would face another Mexican, who beat him again, and now it was Saúl “Canelo” Álvarez’s turn.

He finished with a record of 41 fights won and 6 lost, his last fight was on December 2, 2017, the day he announced his retirement, and it was a loss to Sadam Ali at Madison Square Garden and lost the WBO lightweight title.

How, When And Where TO Watch THe Boxing Match Between Youtuber Jake Paul And Tyron Woodley?