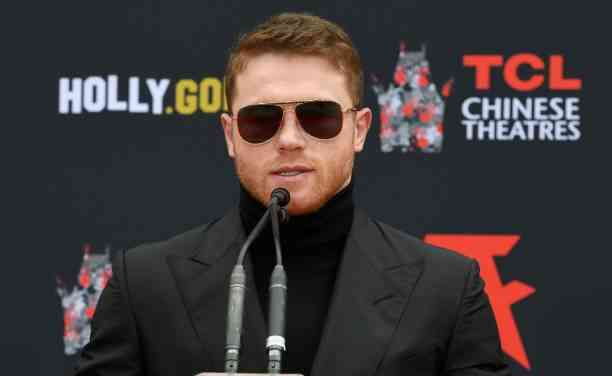 Jake Paul likes to see the world burn. After coming out alive from a clash with Floyd Mayweather, he begins to nurture a fight with the Mexican Saúl ‘Canelo’ Álvarez, who has not closed the door prior to his brother’s fight with him to a fight with the YouTuber. However, at the moment, he is focused on the fight with Caleb Plant, to whom he already left a little memory.

‘Canelo’ Álvarez was questioned about a fight with Jake Paul at the beginning of September, and the man from Guadalajara made it clear that the American needs to train and get a rhythm in the ring, although he did not refuse.

“It is not ready yet,” the Mexican mentioned on that occasion (here the first statements of the Mexican in this regard). “You should never say no. He must continue fighting, learn, and we will see in the future”, insisted the Mexican in a new interview.

This was pure gold for the youtuber, who replied to the interview to launch a video in which he parodies the Mexican boxer, who will return to the ring on November 6, in Las Vegas.

For the remainder of the year, Álvarez rules out a confrontation with the youtuber, who already faced Tryon Woodley, who won the fight by decision and has a mark of four victories, of which three have been by KO.

Jake Paul is not in the plans … for now

Among the most anticipated fights for ‘Canelo’ for several months is a third episode against Gennady Golovkin and other opponents, so a fight against Jake Paul will have to wait at least a couple of years more except for some surprises.

Meanwhile, the YouTuber will continue to warm up to the Mexican, because it is not the first video that he dedicates to the Mexican to challenge him to a fight.