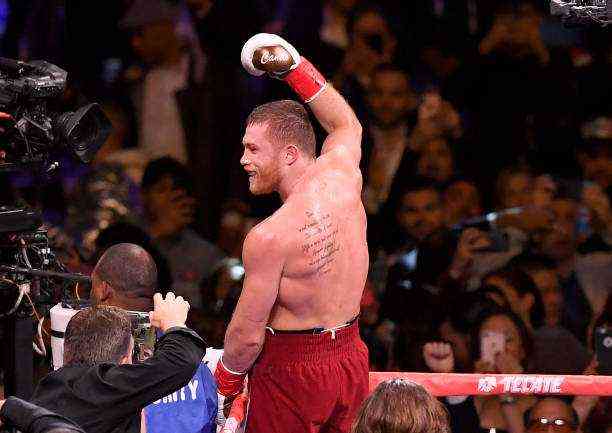 The president of the WBC also announced the realization of a tournament between super flyweights, with Gallo Estrada among them.

The World Boxing Council president (WBC), Mauricio Sulaimán, assured that Saúl Canelo Álvarez the best pound-for-pound fighter in the world, is living his best moment as a professional and predicted that he would have a great 2021.

” He looks invincible, very strong, and I’m sure he will have a great year,” the manager told Efe, referring to the super-middle monarch of the Council and the World Association.

Álvarez, with 55 wins, two draws, and one loss, will face British Billy Joe Saunders on May 8, monarch of the World Boxing Organization, and if he wins, he will seek a fight in September against the American Caleb Plant, champion of the International Federation, to try to collect all the titles in his division.

Although he is going through a great moment in a sporting way, Álvarez has been criticized by the media that demand that he face higher quality fighters.

Sulaiman pointed out that whatever he does, the 30-year-old will be questioned , but he is the most important fighter in the world today.

This Saturday, the WBC leader confessed to being happy with the announcement of a tournament between four of the best super flyweights of the moment, the Mexican Francisco Estrada, champion of the Council and the Association, and the former world champions Román “Chocolatito” González, from Nicaragua, Carlos Cuadras, from Mexico, and Srisaket Sor Rungvisai, from Thailand.

“We are happy, proud because a decision was made that will bring the best super flies into the ring; between them, there have been 12 fights, all spectacular,” he said.

Estrada, who defeated González in a tough fight on March 13, will give the Nicaraguan his revenge, while Cuadras will go against the Asians. The winners will face each other to decide the monarch of the council in the division.

“We already saw Estrada’s fight against González; It was epic, and on the other hand, Cuadras and Rungvisai have a great rivalry, “he added.

Canelo Alvarez Opens The Possibility Of A Fight Against Jake Paul