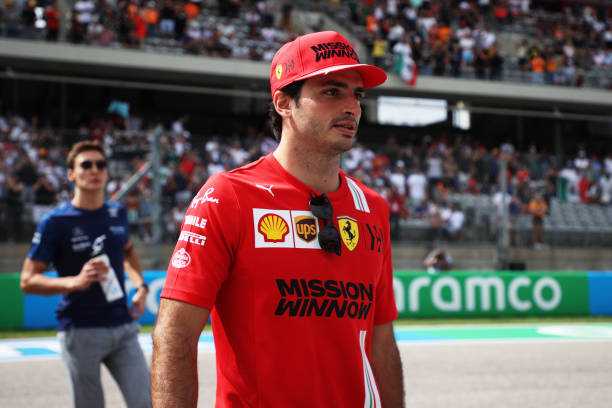 Gossip: Max Verstappen was not the only one who threw the Drive to Survive series, as Carlos Sainz also showed his discontent.

The Drive to Survive series has been a resounding success around the world, and Netflix has won many fans thanks to the chapters full of emotion, drama, and the occasional controversy. Carlos Sainz, Ferrari driver and one of the protagonists of the series, has shown a bit of his discontent.

Max Verstappen was not the only one to launch some criticism of Drive to Survive, in fact, he did not like some things that Netflix decided to capture in the third season and will no longer appear in the fourth season of the series, HERE we will tell you why.

Carlos Sainz has not had his best seasons with Ferrari, he has 122.5 points and a total of three podiums. With the Italian team, the Spaniard aspires too much, first of all, to regain the throne that Ferrari once had in Formula 1.

The famous (and expensive) brand of the horse has not had good seasons in Formula 1, since 2007 one of its drivers is not a champion, and it was in that same year that he won the constructors’ championship, so he has not lived his best moments on the racing circuit.

But, despite the pressure being a lot for everyone, things are not bad at Ferrari, or at least that’s what Carlos Sainz says, who lives today at the team and knows the deepest insides of the entire Ferrari team. Formula 1.

Carlos Sainz disagrees with Drive to Survive about Ferreri

In an interview for GQ, Carlos Sainz was asked about his impressions of the Drive to Survive chapters, and the pilot did not save any comments, good or bad, but that his words coincide with some of Max’s Verstappen’s.

“The third season episode about Ferrari is not that good, and I was relatively disappointed when I saw it because Ferrari is much cooler, much bigger, much better, than it sounds. We were going through a rough patch, and I think all the great teams in all sports go through difficult years. And now we are on our way back. We are doing everything we can to make this team great again and champion again, and I think we have a really good team atmosphere with Charles and the engineers, and we are a serious contender for the future. And I mean, it’s Ferrari, who doesn’t like Ferrari in normal life? “Said the Spanish.