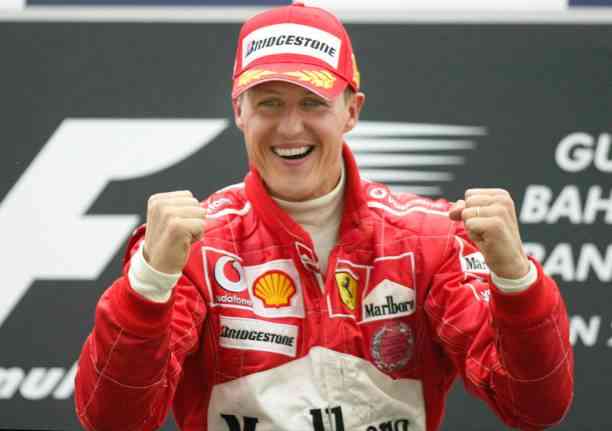 Michael Schumacher is one of the best drivers in Formula 1, and Netflix will present a documentary of his life that you cannot miss.

When we talk about Michael Schumacher, we are not only talking about one of the best drivers in the history of Formula 1, but a legend of the sport in general. The figure of Schumacher is admired, but few have portrayed how he became successful, something that Netflix has just achieved with its documentary.

‘Schumacher’ is the title of the documentary that the streaming platform, Netflix, will soon release. And it’s not just about the races won, the success of the driver, or some anecdotes from when he was a boy. It goes further in what made the difference for him in succeeding.

It will be a special documentary, as the launch date will be next September and will coincide with the arrival of Michael Schumacher to Formula 1 almost 30 years ago, a tribute to his career as a driver.

There are 3 directors who were in charge of creating the documentary ‘Schumacher’: Hanns-Bruno Kammertöns, Vanessa Nöcker, and Michael Wech. The official debut will be on Netflix on September 15, so watch out fans of the motor world.

From what we can see in the trailer, it is the comments of the Schumacher family, beginning with his father about the childhood of the German driver and that he was destined to have a career close to car engines. Also, his dedication and dedication to become one of the best in history.

Legacy of the driver in Formula 1

For those who are not so familiar with what Michael Schumacher means for Formula 1, we will make a kind of comparison, because we are talking about Babe Ruth, Pele, Michael Jordan for their sport, although there will be debate – as in all sports -.

Who participates in the documentary ‘Schumacher’?

Although this documentary focuses on the driver, not all we can see is Michael Schumacher, but the statements of his family and some rivals with whom he shared the Formula 1 circuits will be important.

Schumacher’s father, his wife, his brother, and their children ( Mick Schumacher, currently a Formula 1 driver) are some of those who comment on the life of the German, but also some drivers dared to give their opinions, such as Sebastian Vettel, his compatriot.

Check out the official trailer for the documentary ‘Schumacher’ that will be available on Netflix on September 15.