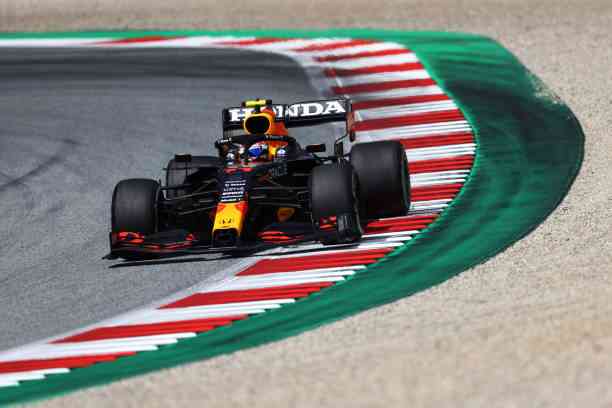 Checo Pérez is close to reaching the 125 units he made in the 2020 season with Racing Point, thanks to his consistent runs.

Red Bull, what are you waiting for to renew the against Checo Pérez? The Mexican has become Max Verstappen’s best ally and the driver who makes the difference in the competition between the Austrian team and Mercedes, but the Mexican also takes advantage of him personally, as he is heading for his best season in Formula 1.

Before starting the season, Checo warned that he would need about five races to adapt to the RB16B, and he did so, as in race six, he won his first race, and in race seventh, he accompanied Verstappen on the podium. In Styria, he finished fourth after a pit error with one of the rear tires.

Red Bull has given him weapons

Checo has the same numbers as Daniel Ricciardo in his last season with Red Bull after eight races with a total of 96 points, which is so far the best Mexican production since his arrival in Formula 1 in 2011, and if everything remains the same now, Perez will have his best season at the Gran Circo very soon.

Checo’s best season was 2020, with Racing Point, a team with which he scored a total of 125 points, with which he finished fourth in the drivers’ standings, behind Lewis Hamiton, Max Verstappen and Valtteri Bottas.

What does Checo Perez need to have his best season?

Checo is 29 points away from hitting the 125 mark, which he could achieve in the next two races, at the Austrian circuit and at Silverston. If Checo finishes third in both competitions, he will have added 30 points and would reach 126 units.

Everything becomes even easier if in Austria or Silverstone he finishes first or second, the key is to get on the podium on the next two dates.

If this does not happen either, Checo would have to wait until August, either in the Hungarian Grand Prix or in Belgium, for which it would not be necessary to get on the podiums, but he would have to stay in the top five places.