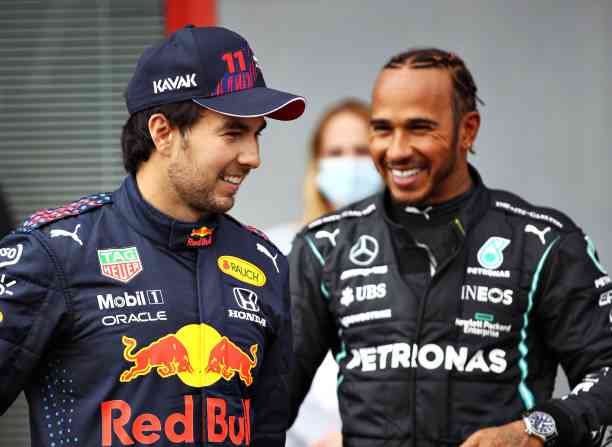 Because of the way things turned out in Q3, Checo Perez predicted a tough fight with Lewis Hamilton during the Turkish Grand Prix.

The Turkish Grand Prix represented new complications for Checo Perez during qualifying and consequently a change of objectives and priorities. The first of them will be to overcome as many positions as possible at the start.

But later on, it is practically certain that the Mexican will serve as Max Verstappen’s shield over Lewis Hamilton. The Briton from Mercedes received a penalty for engine change that will relegate him to eleventh place and made changes to the entire starting grid; however, it is well known that it is capable of tracing that and much more.

Aware of his role at Red Bull, Checo Perez assures that the start will be a very important part if he wants to aspire to the podium in Turkey. In addition, he stressed that he would not become an easy rival neither for Hamilton, nor for other drivers.

“I hope Lewis doesn’t catch up with me, that I make enough progress early in the race to be with the leaders. That will be the key for me tomorrow. I will treat Lewis like any other rival. I want to do the best job possible for myself, and I won’t make it easy for anyone. “

This will not be the first time that Checo Perez has struggled to contain Hamilton. In other races, he did it to help Verstappen, and in the Azerbaijan GP, he did it in self-defense, as that race represented the first victory with Red Bull and included a cardiac finish.

Checo Perez is optimistic about what happened in Turkey

Performance Checo Perez in Q3 of the Turkish Grand Prix left much to be desired in Red Bull. The seventh place left Christian Horner dissatisfied, and the pilot from Guadalajara accepted that he could achieve a better result; however, he is confident that the race pace will be much better.

“Losing that set (of tires) in Q1 was not ideal, it really hurt us today. We went into Q3, and we only had one new game. I am very happy with the way we improved our performance through the weekend. I am optimistic. I think we have shown a good pace on Friday in the long runs, so I hope the changes we have made will help our race pace, so we should be able to fight forward, “added Checo in the mixed zone of the GP according to Motorsport.

Athlete From Uganda Leaves His Delegations And Leaves A Note: “I Want To Work In Japan”