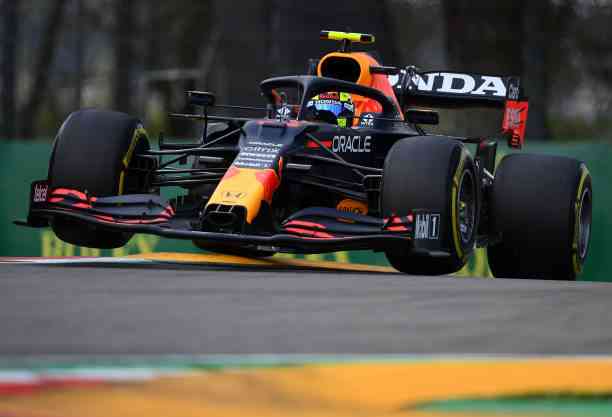 The best is coming! Checo Perez will occupy the second position at the start of the Imola Grand Prix and aims for his first podium with Red Bull.

Surprises and a good day to Red Bull! Checo Perez will occupy second place in the starting order of the Imola Grand Prix, which is also his best qualification in his entire career as a Formula 1 driver.

The Mexican gave the big bell by beating his teammate Max Verstappen, who will start third. For his part, Lewis Hamilton took pole position for the second race of the season.

What was done by Checo Perez in Imola far exceeds his qualification in Bahrain 3 weeks ago: He registered a time of 1: 14.446 and was very close to snatching the first position from the English, who closed with 1: 14.411.

At the end of qualifying, the native of Guadalajara did not hide his excitement to get one of the best places at the Enzo e Dino Ferrari Autodrome. However, he accepted that a mistake cost him to stay behind Hamilton.

“I didn’t expect to be here today, after how we were yesterday. I should have finished on pole, I made a mistake in the last corner. Everything is positive and we have to keep making progress, tomorrow is the important day“, declared Perez.

The result of qualifying and direct competition with Checo Perez at Imola, led to the 99th pole position in Lewis Hamilton’s career. Of course, the difference of 35 thousandths of a second made it even more exciting.

To start the race this Sunday, Hamilton and Max Verstappen will have medium tires , the same ones that propelled them in Q2 and Q3. Unfortunately, Sergio Perez will not have the same luck, as he will start with a soft compound and a strategic disadvantage.

This is how the starting grid was: