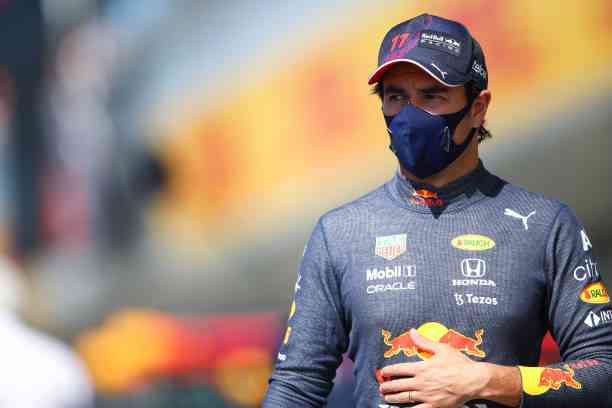 Checo Perez does not remember such a bad day not only with Red Bull, but in his entire career in Formula 1, and he will have to come back at Silverstone.

Checo Pérez begins to feel pressure at Red Bull. The Mexican had the worst day as a driver for the Austrian team after starting from fifth place, falling to seventh on the first lap, then losing the car on the fifth lap and finally abandoning sprint qualifying.

In this way, Checo will start the Great Britain race from the pits, in last place, and that is bad news for the Mexican and for his team, as he may lose ground in the drivers and constructors classification this Sunday.

The Mexican driver himself described his sprint performance as a disaster, to such an extent that he called it the worst day of his career in Formula 1 after almost 10 years and now he will have to come back.

“I am ashamed. I do not remember a career like that in my career. We have to go back and come back on the grid tomorrow… It was a shame. A lousy day with my career. Everything went wrong for me. In the end, we decided to take the car out to see what we can do better for tomorrow because it has been a pretty poor day,” said the Mexican.

They will make changes to the RB16B of Checo

Now, the Red Bull RB16B will be configured to climb positions throughout the race and rescue as many points as possible, as Lando Norris has already practically snatched third place in the drivers’ standings and could also be surpassed by Valtteri Bottas.

“It is difficult after days like today, but tomorrow is a new day and a new opportunity to discover what we can do better,” he mentioned.

Team boss Christian Horner explained that the decision to retire the car was because there were problems with the brakes, and by removing it, the team has some freedom to make changes to the car.

This is not the first time that Checo has to start from the pits. He did it in his first race in Bahrain, where he climbed to fifth place. Can he repeat a feat?

This Is How Rayssa Leal’s Life Changed After The Olympic Games: “Sometimes I’m Eating And They Ask Me For Photos”

The MotoGP Paddock, On Edge For Marc Marquez