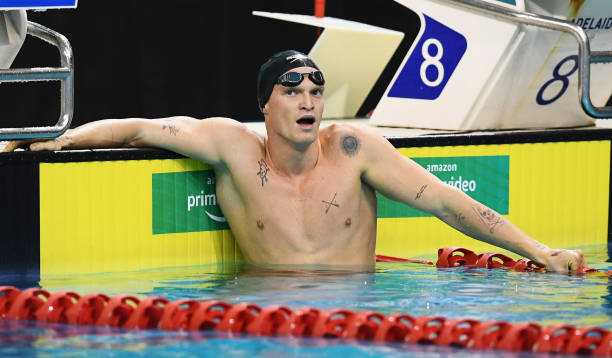 The settings seemed to be Cody Simpson’s natural environment, but his goals have always been swimming and the Olympics.

They say that a change of scene is necessary from time to time, and Cody Simpson understood it perfectly. Usually known as a singer, songwriter or actor, he gave something to talk about during the last Olympic process because he was close to qualifying for Tokyo 2020.

Some recognize his name because he was recently the boyfriend of Miley Cyrus, but his career is much more than that. Among other things, he excelled as Dmitry in Anastasia, the Broadway musical, and then put the show aside to focus on sports.

A good time Cody Simpson registered 52.94 seconds in the 100-meter butterfly test. The time to qualify for Tokyo 2020 was 51.70 and although the difference is not so great, it did cause him to be left out of the team. However, the goal of the also dancer is to reach Paris 2024.

Who is Cody Simpson on stage?

Originally from the Gold Coast, Australia, Cody Simpson had been close to swimming since he was little and even won medals at Queensland State Championships. However, in 2009 he gave priority to his artistic career.

Producer Shawn Campbell discovered it through his videos on YouTube and little by little, the singer grew to release his first single, “iYiYi.” In total, Simpson has 4 studio albums, 5 EPs, and 9 singles.

From Broadway to the Olympic pool

Cody Simpson’s season in Anastasia ran from November 2018 to April 2019. However, with its passions and clear goals, the pandemic represented an important moment in preparation for the 2020 Tokyo Olympics.

In December 2020, Cody bragged that he qualified for the tests in Australia that ultimately handed over the tickets to the fair: “I grew up competing and inevitably had to stop my career because of the opportunity I received in music . I am here to tell you that you can achieve anything if you are willing to work for it, “he wrote on Instagram.

That classification was given with only 5 months of training, so Cody Simpson is confident in the process towards Paris 2024.