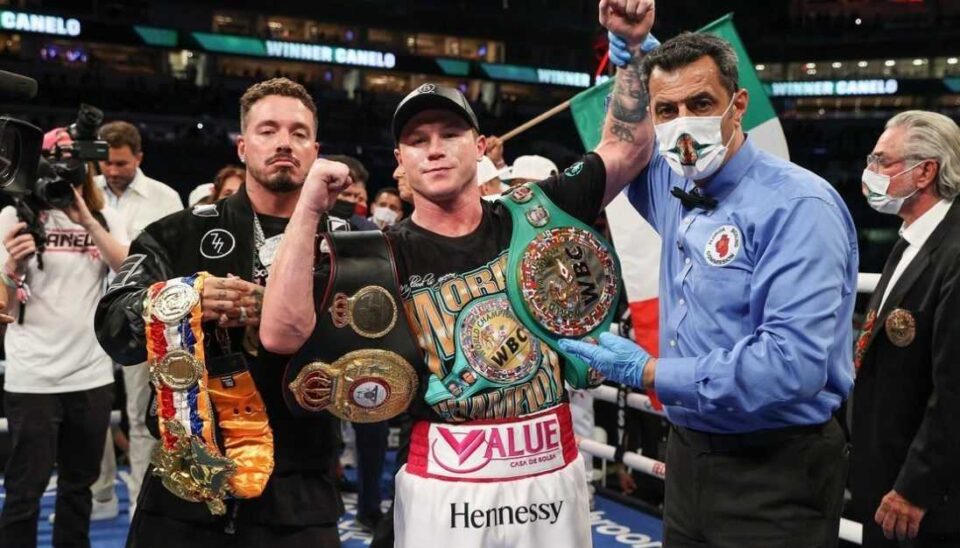 He’s going for the World Boxing Organization title! After the monologue that Saúl’ Canelo’ Álvarez starred in against Avni Yildirim, the Mexican will prepare to face the British Billy Joe Saunders.

The fight became official at the end of last night’s event, which in addition to causing emotion and controversy among box fans, left us with many memes. Now, Álvarez will arrive with a record of 55-1-2.

The confrontation between ‘Canelo’ Álvarez and Saunders will take place on May 8, and there will be 3 titles at stake: the WBO owned by the British and those of the World Council and the World Boxing Association, which the Mexican retained.

Regardless of the fact that only a few minutes had passed since his triumph over Yildirim, the native of Guadalajara declared that his next fight will not be easy, but that he is preparing to face anyone regardless of difficulties.

“It’s a fight that will cost me a bit of work because of Saunders’ movements. He is a left-handed fighter, but at the level I am, I must adapt to all styles, and I am ready for whatever. They say styles make fights, and I will give it my all, “Alvarez told ESPN Knockout.

‘Canelo’ Álvarez will look to deliver an authority blow against Saunders en route to unification at 168 pounds. However, this fight is expected to be a more complicated challenge than that of Yildirim, in which the spotlight was left with the entry of the Mexican and the company of J Balvin.