Double Before The Tears Of His Mother:… 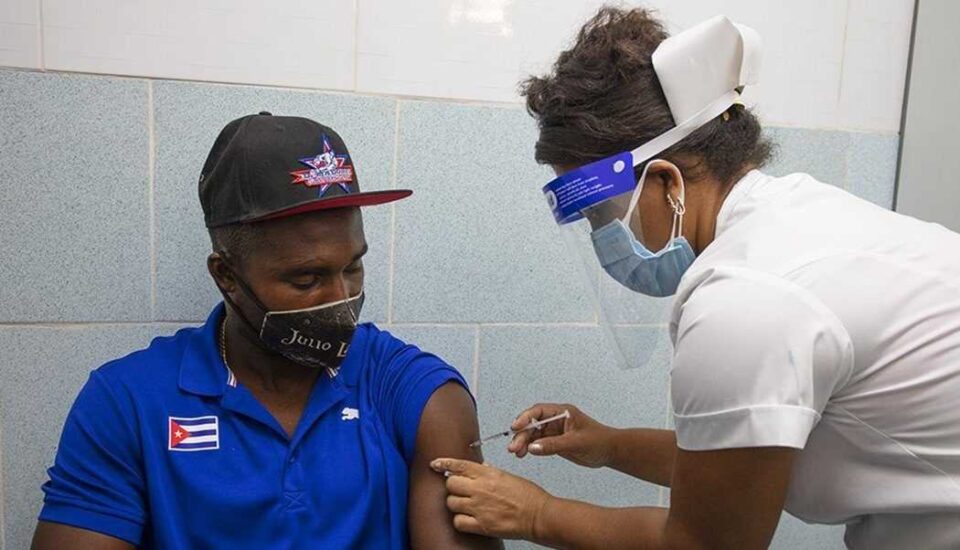 While in some countries they advance very slowly in the battle against COVID-19, Cuba applies the vaccine to athletes who will attend the Tokyo 2020 Olympic Games with a dose created by their own doctors: their name is Sovereign 02.

It is well known that this country is a powerhouse in medicine. For this reason, the specialists went to work for several months, and now they presume their antigen against the virus that has put the world in check since last year.

However, Sovereign 02 has not yet received official authorization to be used on a massive scale. At this time, its creators are in the third stage of clinical trials, and athletes are part of the necessary studies.

According to information from Cubadebate, the campaign began with the application of 155 doses. The boxing and wrestling representatives and their work teams and staff from the Institute of Sports Medicine were chosen for these tests.

Boxer Julio César La Cruz stressed that this type of event is only possible in a nation like Cuba. In addition, he considered that the vaccine is a gift to continue his preparation for the Olympic tournament.

“This is an achievement of Cuban medicine, of scientists. The best gift from us to the health personnel will be to follow the training with a lot of discipline, to arrive in Tokyo. In my case, to become a double Olympic boxing champion, “said the boxer before receiving the first dose.

What’s next for Cuban athletes?

According to the Institute of Sports Medicine plan, it takes 28 days to apply the second dose. But it turns out and highlights that Cuba developed a vaccine that requires 3 applications, so Olympic athletes already have dates to receive the following.

On April 2, 8, 12, and 21, the administration of the first doses will follow. However, there is a change for the last one: that is called Soberana Plus and will be key in the confirmation for the vaccine to circulating throughout the country.

Despite the fact that Cuba was one of the Latin American countries with the least coronavirus infections last year, the reality is different now. Its average number of infections in the last week was 803, and per day, it amounts to 950 in the last 24 hours.

For this reason, local doctors are looking for ways to speed up trials and protect the population as soon as possible.