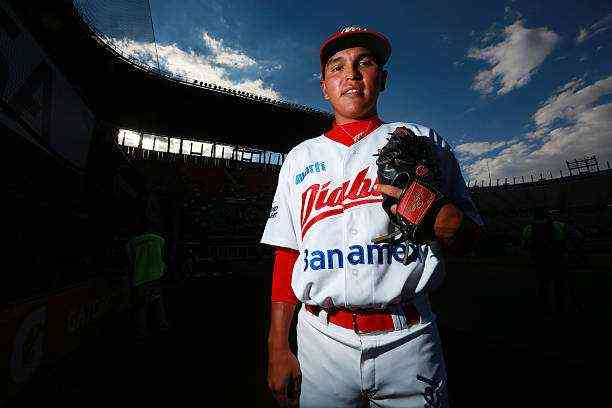 Jesús Camargo could face up to 4 serious drug possession charges. The pitcher had stood out as a Chicago Cubs prospect.

What began as a dream with the Chicago Cubs to reach the Major Leagues, is not going very well to say: Mexican pitcher Jesús Camargo was arrested a few days ago in Eagle County, Colorado, for drug possession.

On Wednesday, March 17, and in the middle of the Saint Patrick’s Day celebrations, the local police noticed that a car was speeding and out of its lane. Therefore, they detained him, and an inspection was carried out on the entire vehicle.

At the wheel of this car was Jesús Camargo Corrales, who was wearing a backpack with the Cubs logo. In addition to carrying baseball gloves and special shoes, the Mexican had a thousand dollars in cash and several bags with a white substance.

Now, the Chicago prospect pitcher could face 4 felony counts of drug possession and transfer. Among them are class 2 methamphetamine distribution and scheduled 2 oxycodone distribution.

Jesus Camargo’s bail was set at $ 75,000, because after the first interviews, it was determined that he had no knowledge that the drugs were in the car. At the time of the inspection, the player assured that a friend who lives in Sinaloa asked him to deliver the package in Denver.

Who is Jesus Camargo Corrales?

He is a pitcher born in Los Mochis, Sinaloa. He began his professional career with the Red Devils of Mexico in 2014 and later joined MLB affiliates such as Eugene Emeralds, South Bend Cubs, and Myrtle Beach Pelicans.

He also has experience in the Mexican Pacific League (LMP). He appeared with the Charros de Jalisco in the 2018-19 season, and in the 2020-21, he was part of the Yaquis de Obregón roster.

According to the Guardian report, the 25-year-old Mexican will have to return to court on Tuesday, March 30, and there he will know if the charges against him will proceed and if he will return to prison.

The Importance Of Guide Dogs At The Tokyo 2020 Paralympic Games