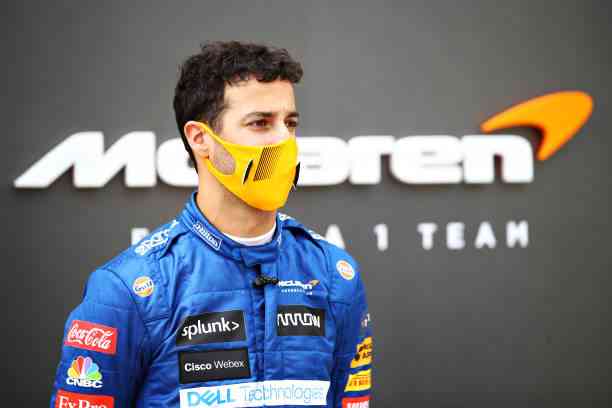 Daniel Ricciardo made a strong appeal to Formula 1 and its social media posts to the point of calling them “fucking idiots” by focusing his attention on on-track accidents rather than on-track competition.

The new McLaren driver discounted Formula 1 and his publications, since in his attempt to attract new fans, he published a video with the best moments of the 2020 season, of which the vast majority are crashes.

The anger of Daniel Ricciardo

The Australian was questioned about the Netflix series, ‘Drive to Survive’, which in the ninth episode deals with Romain Grosjean’s accident. The interviewer considered that Netflix should have been more sensitive to the Grosjean accident by creating an atmosphere of agony instead of highlighting the miracle, and Ricciardo supported this position and recalled that F1 tends to fall into that terrain.

“I think last year F1 put on their social networks ‘the 10 best moments of the year’ or something like that, and eight of the 10 were crashes. I was like, ‘You guys are fucking idiots'”, he said in an interview with the magazine squaremile.

It should be remembered that at the Bahrain Grand Prix, Grosjean suffered the most dramatic accident in recent decades, for which the race had to be suspended for more than an hour. The pilots got out of the cars totally in shock after the accident, some began to pray, as in the case of Lewis Hamilton.

In 2019, Anthoine Hubert, a Formula 2 driver, a man very close to Pierre Gasly, passed away after an accident in Spa, Belgium. In 2015, the fatal victim in F1 was Jules Bianchi, after a collision with a crane at the Japanese Grand Prix in 2014, which is why some drivers express themselves with greater sensitivity regarding accidents, of which repetitions are shown only when the pilot is fine.

“Maybe 12-year-olds want to see that kind of content, but we are not children. Better do it, boys”, said the Australian.