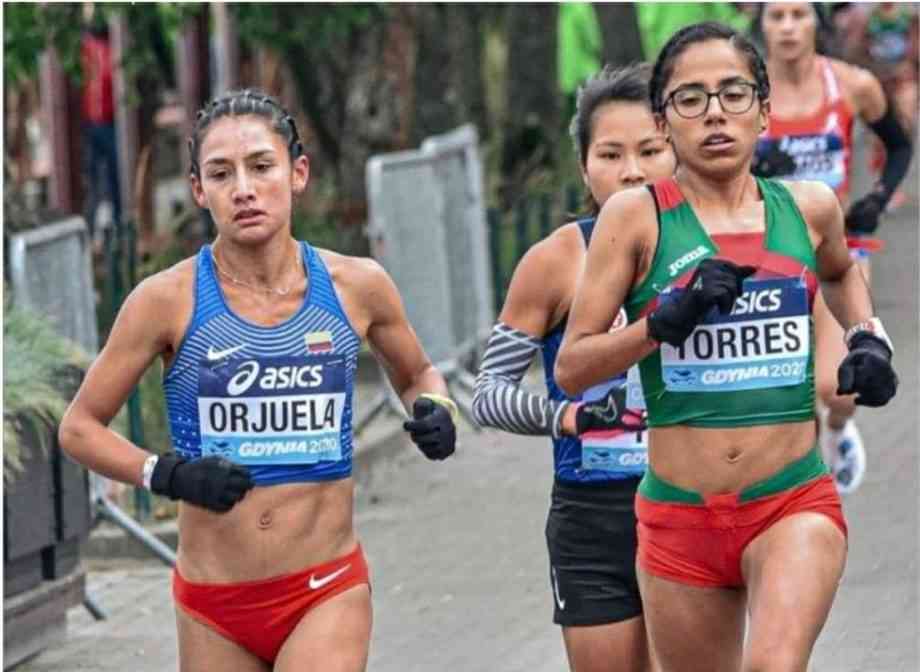 Daniela Torres achieved the Olympic mark in a marathon, and when crossing the finish line, she remembered her mother, who died six months ago.

Queretaro Daniela Torres imposed herself on Italy’s weather conditions, where she traveled the more than 42 kilometers in 2 hours, 28 minutes, and 55 seconds, time with which she reached an Olympic place for Mexico.

Torres finished in site 15 of the marathon that took place at Tuscany Camp Marathon under incessant rain as she crossed the finish line, her coach confirmed that the time was valid for the Olympic Games and Daniel burst into tears.

It was not the fatigue or the joy of achieving the sporting goal. Daniela Torres burst into tears at the memory of her mother, who passed away six months ago.

“The last time I spoke with her, she told me that she would like to see me compete in the Olympics, unfortunately she could no longer be with me, but she gave me the strength to move forward and finish the test. I felt an accumulation of emotions added to all the effort that I had dedicated to my preparation,” said the athlete who trains in the State of Mexico.

Daniela Torres’ achievement is even greater if we consider this the first time that she has officially competed in an international marathon, as she had previously performed in a half marathon and other events such as 10,000 and 5,000 meters.

“The truth is I arrived with many doubts, but my body and my mind reacted well; the weather didn’t help, but I did my best, and the mark was obtained. It is wonderful to materialize a dream, there are no words to define what I feel,” she stated in an interview with the Mexican Olympic Committee.

What is missing to get the Olympic ticket?

With the mark achieved in Italy, Torres reaches an Olympic place for Mexico, but her place in the Olympic Games depends on the marks that other Mexican marathoners achieve in the coming weeks, and once all the results are obtained, the Olympic places will be distributed.

If Torres’ time is among the best results, the Olympic ticket for her will be made official. So far, Andrea Ramirez and Ursula Sanchez are the other two Mexican marathoners who have achieved an Olympic record.

Season 4 Of ‘Drive To Survive’ Has Already Been Confirmed On Netflix!