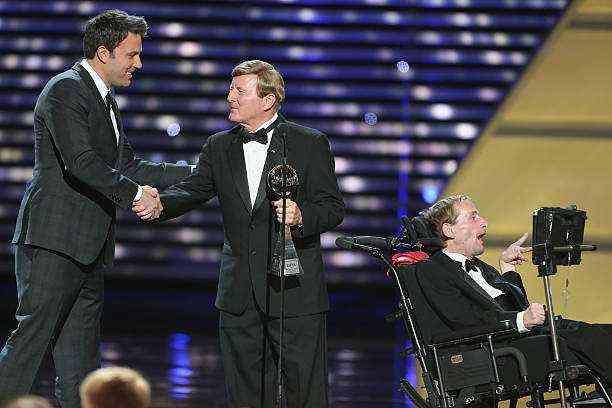 At the age of 80, Dick Hoyt passed away. Legendary for taking his son with cerebral palsy to compete in over 1,000 races.

Example of self-improvement for the world and for her son, who was born with cerebral palsy due to the umbilical cord wrapping around his neck and cutting off the flow of oxygen to his brain. Dick Hoyt passed away at the age of 80.

Dick Hoyt’s death was confirmed by one of his daughters, Russ Hoyt, who mentioned to the AP that his father passed away asleep peacefully. “He had a heart condition that he had been struggling with for years, and he just got over it,” he said.

Rick, the son with whom he ran dozens of marathons and who was born with the umbilical cord around his neck, has already been informed about his father’s death. The announcement was made by his brothers. “He’s sad, as we all are, but he’s okay. You can see it in him, it’s like something hit him, “about Rick and Dick’s death.

Dick Hoyt participated in a total of 32 uninterrupted Boston Marathons, the first being in 1980, in which he pushed his son Rick in a wheelchair. Dick had planned to retire from competitions in 2013, but unfortunately he could not finish the race due to the attack in that edition, but he returned for 2014 to finish what he started a year earlier.

How did it all start for Dick and Rick Hoyt?

1977 was the year that marked the Hoyt family, as Rick told his father that he wanted to participate in a 5-mile race for the benefit of a lacrosse player, who was paralyzed and was Rick’s classmate at school.

“Dad, when I’m running, I feel like I’m not disabled,” were Rick’s words to his father after that first race, and they began to participate more and more regularly in ironman marathons and triathlons.

The different competitions did not stop Rick, the triathlon is a series of 3 sports together to reach the goal. When it comes to cycling, Dick adapted a kind of seat that pushes every time he pedales, for swimming, a raft in which he carries Rick and the wheelchair for races.

More than 1000 races were in which the Hoyt family competed together, including marathons, triathlons (6 of them were called Ironman) and, as if that were not enough, they ran and pedaled throughout the United States for 45 days. A total of 3,735 miles in 1992.

The Hoyt Foundation was created in 1989 by the running family with the intention of creating an environment of trust and love throughout the United States for young people who face inclusion in every aspect of daily life, including the workplace, the family, home, schools, and sports.

Confirmed! Billy Joe Saunders is The Next Rival of ‘Canelo’ Alverez