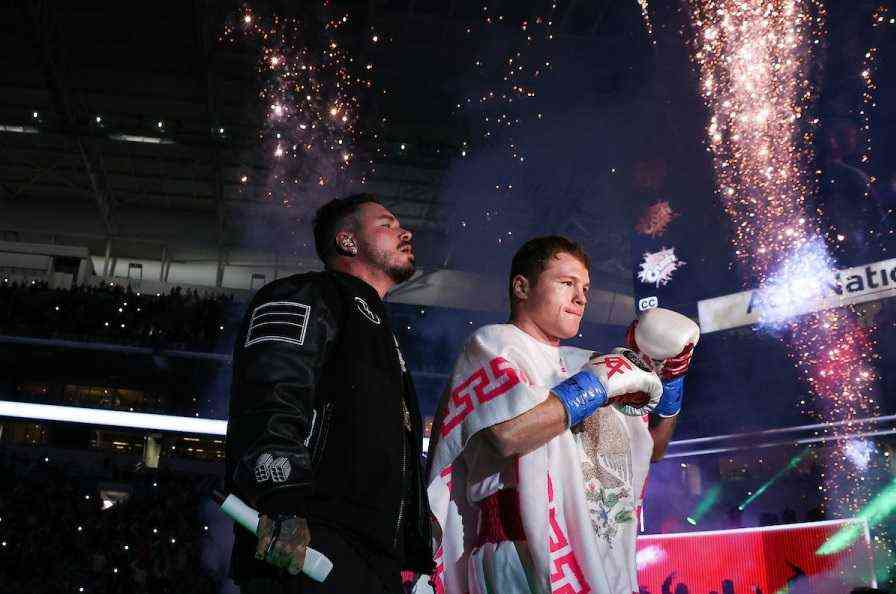 It was predicted, and it was seen coming. ‘Canelo’ Álvarez dispatched the Turkish Avni Yildirim, who paid the two years without activity before the Mexican.

The forecasts came true. Saúl ‘Canelo’ Álvarez added another victory to his career against the Turkish Avni Yildirim, who returned to a contest after two years, for which a triumph of the Mexican was predicted by way of chloroform.

This was the first of three fights planned by ‘Canelo’ in the year. The next one will be in the month of May and then finish bouts in September, when he is expected to tie a weighty contender, and the wishes of many are to see a third chapter against Golovkin.

At around 9:20 p.m., Álvarez and Yildirim entered the ring. The Turk did it first, who immediately went to the stringing, and from there, he watched the Mexican’s presentation, which was preceded by a show of almost five minutes by J Balvin.

The singer was in charge of introducing the Mexican and taking him to the ring for the official presentation of the contestants.

The triumph of ‘Canelo’

The Mexican sent the Turk to the canvas in the third inning when the right glove exploded on the Turk’s jaw with more than a minute to ring the bell. From that moment, the fight was more than directed for ‘Canelo.’

By the time the fourth round was expected to start, Joel Diaz, Yildirim’s Mexican coach, retired his fighter, so there was no more action after the third round.