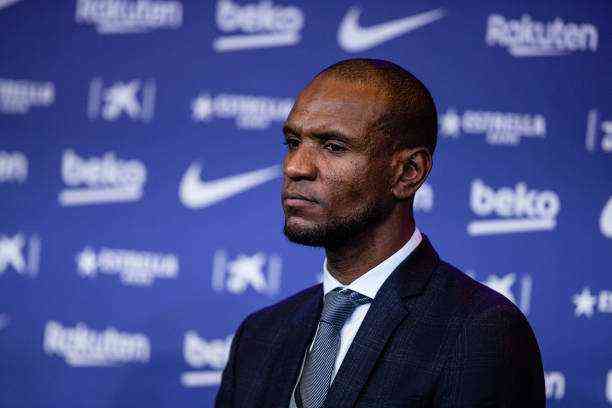 Eric Abidal, former technical secretary of Barcelona, ​​did not keep anything, and in an interview with The Telegraph, he spoke about different topics that the culé fans will not like at all. During his tenure in the Catalan team, the Frenchman presented a plan to avoid the club’s economic crisis, but nothing happened in this regard.

Barcelona and Bartomeu, it was a combination that gave a lot to talk about, for better and for worse (more for the latter). Controversial management that ended with jail, bad relations, and the economic crisis that currently afflicts Barcelona.

But, not everything had to end this way, because Eric Abidal had found the solution to the money problems. In 2019 he had the financial solution in a company, he even argues that there were rapprochements, but nothing happened between said company and Barcelona, ​​everything ended, and the institution suffers from money.

“In March 2019, I presented a company to the club. I can’t name them, but we met twice in England. They were willing to invest a large amount of money in resolving the situation at that time. They were talking until November 2020, but in the end, nothing happened. It was possible to resolve the financial situation,” says the French defender.

NeAccording to Abidal’s words, negotiations are not easy with this company, as the Barcelona directive was not so clear in their accounts, Well, one of the reasons why the support of the company mentioned by the French collapsed was that, not having clarity in the Barcelona accounts.

“At that time, Barcelona was protecting their account information. When you have a company that wants to invest, they want to know everything. That took time for Barcelona to provide information because they wanted to keep it a secret. I understand that it is a shame to show it to people and admit that you are not managing the club well“.

The possibility of Neymar’s return to Barcelona was a more than real possibility for the Catalan team. The team needed a winger to reinforce the squad, and the one indicated was Neymar, money was never a problem, according to Abidal.

“Ten days before the market closes, I went to Paris to speak with Leonardo together with the CEO of Barcelona. We talk about Neymar. If the CEO came, it is because we could sign him. If not, we would have signed Griezmann earlier. I believe 100% that we could have signed Neymar again because we needed a winger, and he was incredible. The team really needed a winger. The president decided to sign Griezmann“.