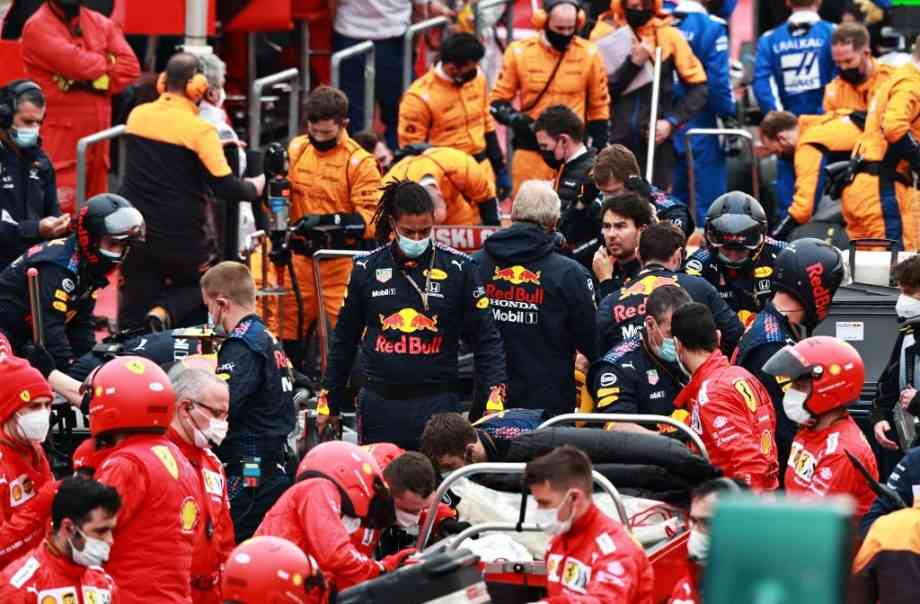 Tough day in Italy: Checo Perez made many mistakes at the Imola Grand Prix, which took him away from his first podium with Red Bull.

Checo Perez lived his second Grand Prix as a Red Bull driver in Imola, but unlike what happened in Bahrain, his career left much to be desired, and he went from being close to the podium, to being in twelfth position.

This means that the native of Guadalajara did not contribute points for his team: his teammate Max Verstappen took first place, so he added 25 units, and Red Bull reached 53 in the season.

The truth is that this circuit is known for the complications it generates: from the rain to the curves, there were different factors that influenced the performance of Checo Perez and the rest of the drivers at the Imola Grand Prix.

Despite having stayed with second position for the start , this was not the best for the Mexican. Max Verstappen surpassed him and Lewis Hamilton, but Perez fell to fourth place before the good start of Charles Leclerc.

The bad news did not stop, and we already knew that the rain could complicate everyone: on lap 13 a 10-second penalty was confirmed for Checo, who passed during the entry of the safety car.

The Red Bull team called him on lap 30 to comply with the penalty. This stop was used to change the steering wheel, which gave him steering problems; However, the complications suffered by the Mercedes drivers opened the possibilities for the Jalisco.

The race was called off after a serious accident between Valtteri Bottas and George Russell, so a new opportunity came for everyone. Checo Perez had his second wind at the Imola Grand Prix behind Leclerc, with whom he had a constant fight to get on the podium.

Unfortunately, it was confirmed that it was not a good day for the Mexican with 25 laps to go. A new mistake cost him to fall to position number 14, and although it seemed that he would not have major problems with the RB16B, he could not master it to get closer to the podium.