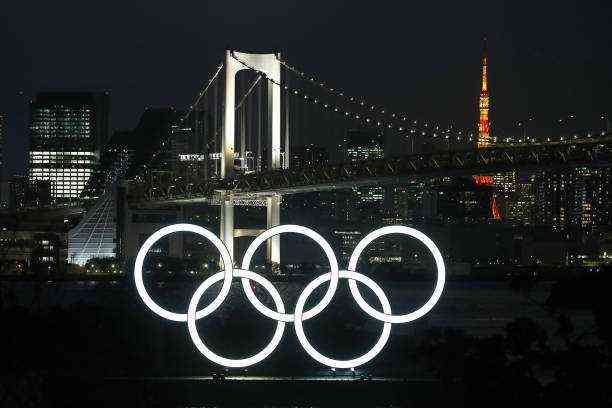 Still, we do not know what the problem is, but the United States already has a solution: Jimmy Patronis, the chief financial officer of the government of Florida, sent a letter to the International Olympic Committee (IOC) to propose to its status as a new venue for the Olympic Games if that Tokyo fails to organize the event this year.

The last few days have been quite confusing, as rumours circulated about the cancellation of the fair in Japan. Hours later, the country’s prime minister assured that changes are still not contemplated and everything is still standing.

However, Patronis anticipated any changes and wrote a text for Thomas Bach , president of the IOC, to consider reassigning Florida’s headquarters.

The US official published the letter on his social networks and assured that the state is experiencing a great moment, especially since there are just a few days left for Tampa to host Super Bowl LV.

“Dear President Bach. I am writing to encourage you to relocate the Tokyo 2021 Olympics to the United States, specifically Florida. I would appreciate the opportunity to propose to Florida and help him have the corrector contacts to accomplish this, “wrote Patronis.

The state’s chief financial officer explained several reasons for taking them into account. Among them are handling the pandemic and the organization of other sporting events in recent months such as NFL games and the NBA bubble concept.

Is it possible for the Olympics to come to Florida?

Although this change is not entirely impossible, for now the IOC has not responded to the Florida government. It should be noted that the Olympic Games did change venues on occasion, when conditions were not ideal.

Interestingly, Tokyo was one of the cities involved in the 1940 modifications. The Japanese won the vote in 1936, but two years later they resigned due to the difficult political situation they were experiencing; the venue was left to Helsinki, and the event was ultimately canceled due to World War II.

It should be noted that despite the points that Jimmy Patronis highlighted in favour of Florida, the state has registered more than 1.6 million cases of COVID-19 and 25 thousand 445 deaths. During the last week, his average number of infections per day was 11,167.