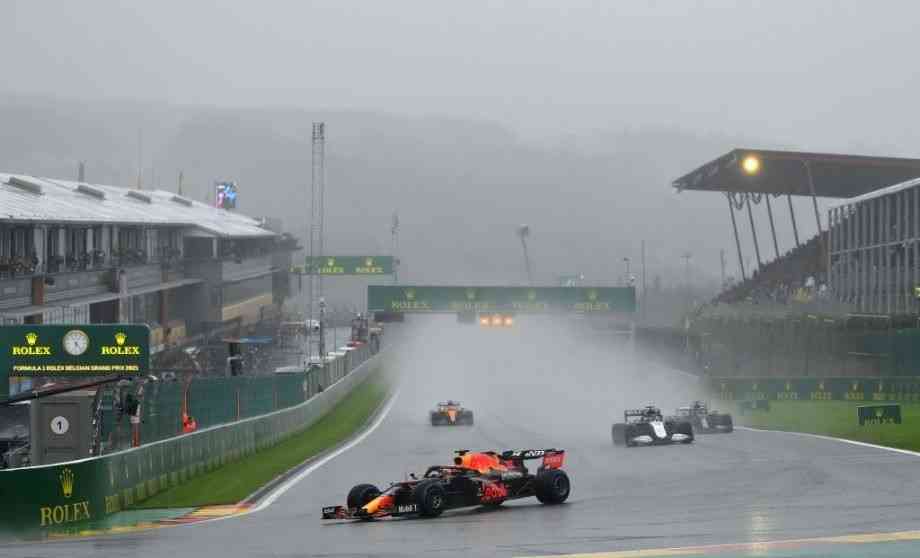 After a disastrous weekend in Belgium, Formula 1 managers defend their way of acting and the cancellation of the Grand Prix.

The Formula 1 disaster at the Belgian Grand Prix still generates an echo around the world, as weather conditions delayed its completion. The organizers held out hope that it could be raced, and after almost 4 hours, everything was canceled.

Max Verstappen, George Russel, and Lewis Hamilton took the podium; The Red Bull mechanics were the stars of the day, and the loyal fans of the Great Circus waited patiently in the stands ( here is a summary of everything that happened ). However, anger and annoyance dominated the atmosphere.

And it is that regardless of not having been able to run, the annoyance of the pilots exceeded the sports. Lewis Hamilton exploded against Formula 1 stocks and called for fans who attended the Belgian circuit to receive a refund.

However, the director of Formula 1, Michael Masi, defended the decisions that were made during the Belgian Grand Prix or the attempt to do so. The strong storm overshadowed the Spa Francorchamps circuit and in the end, even by fog, a situation with which the managers justify their actions.

“It has been a very long day. We actually saw the worst of the weather today, conditions haven’t been good all weekend. We have had spaces in which we could have activity, but today I think that time surpassed us a bit, “explained Masi.

Amid the criticism against him and said that the laps with the safety car were given to check the condition of the track and the possibilities of running: “It was like ‘okay, let’s try and see if we can find that window (of time ) ‘and several teams have said the same.”

Sum of points, Formula 1 reward for pilots in Belgium

Ross Brawn, Formula 1’s sporting chief, backed Masi’s remarks with his perspective on the Belgian Grand Prix. He assured that the effort made in qualifying deserved a reward, so the half points are valuable for not completing the race.

“Half points were awarded. Not ideal, but if you can’t reward someone for the race, reward them for their bravery in qualifying. A lap like George Russell did in qualifying in the absence of a full race should be rewarded. As I say, it is not ideal, but it is where we were, “he said.

Haven Shepherd: The Swimmer Who Survived A Bomb Suicide