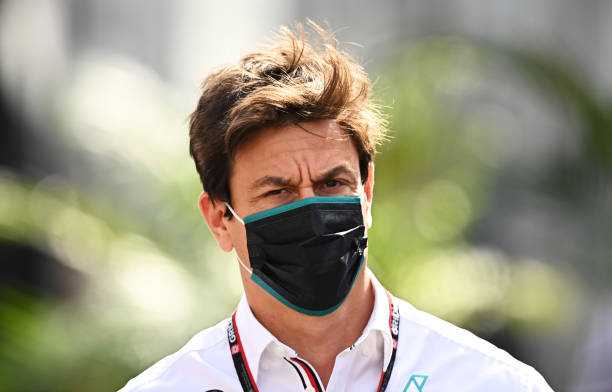 Mercedes authorities were summoned to present arguments and evidence for which they consider Verstappen’s defense illegal.

The Qatar Grand Prix has not started, and things already got tasty between Mercedes and Red Bull, after the grab between Lewis Hamilton and Max Verstappen in the Brazilian Grand Prix, in which both went off the track in one of the maneuvers that marked that race.

In the fourth corner of the Interlagos circuit, Hamilton tried to overtake Verstappen, however, the Red Bull driver closed the door and as a result of that maneuver, both drivers had to leave the track for a moment and return violently to it.

At first, the Formula 1 authorities ruled out sanctions for said maneuver, but days later, Mercedes requested the right to review said action, with the images from Verstappen’s car camera, in order that the Dutchman be sanctioned.

Mercedes authorities have already been summoned to testify

And the thing is that things are burning in F1, with only three races to finish the season and only 14 points of difference between Verstappen and Hamilton, so anything is fought on and off the track, and for now, the Mercedes authorities have already been summoned to the commissioners to discuss the maneuver.

“In accordance with Art. 14 of the International Sporting Code (ISC), and following the request for review of the Mercedes-AMG Petronas F1 Team, presented on November 16, 2021, the Team Manager and the witnesses that the competitor requests, up to three, they are obliged to appear via videoconference at 5:00 p.m. local time (Qatar) on Thursday, November 18, 2021”, indicates the F1 statement.

In the videoconference, Mercedes must present an argument and evidence of significant and relevant elements for the commissioners to approve the right of review on the Verstappen maneuver, which Mercedes considers illegal.

So are they going to punish Verstappen?

Expectations suggest that F1 will not apply a sanction after Verstappen’s maneuver, since these actions benefit the show, something that had been lost in previous years, with predictable and monotonous competitions.

For now, Qatar is preparing for a battle that could be final if Verstappen wins the race, and this is combined with a poor performance by Hamilton, just when the Asian country will be one year away from the World Cup.