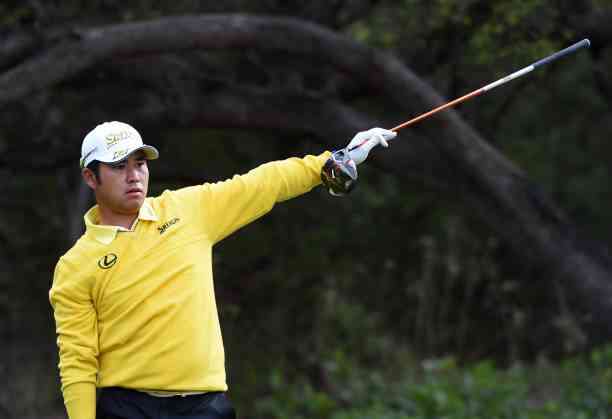 Hideki Matsuyama made history at the Augusta Masters and became the first Japanese to don the green jacket. Jon Rahm finished in the fifth position after an outstanding last day in which he made 6 shots under par from the field.

Hideki Matsuyama made history at the Augusta Masters and became the first Japanese golfer to wear the green jacket. In Japan, he perfectly defended his outstanding day on Saturday and ended up reigning at the National Golf Club after hardly suffering on the last day (he made a hit over par). Jon Rahm climbed up to fifth after posting a near-perfect final lap after dropping par on the field by six strokes. Zalatoris was second after finishing the tournament with -9 and Jordan Spieth third with -7.

Everything indicated that he would become the first Japanese to don the green jacket, and the Japanese confirmed the good feelings on Saturday on a Sunday day in which he took a mass bath. After signing a historic -7 (in the first days he had done 69 and 71) on a penultimate day to climb to the first position, the Japanese golfer only had to meet the par of the course (72) to end up making history in Augusta.

Finally, he did, but with some suspense, since Xander Schauffele went as far as two strokes. But the pressure got him on the 16th hole, where he went into the water and made a triple bogey that served the Japanese title on a platter, who had chained two bogeys. Will Zalatoris finished second after a spectacular day at Augusta in which he dropped par on the field by two. Jordan Spieth also had a great last lap and finished the Augusta Masters with -7 in third place.

Condemned to a Homeric Sunday, Jon Rahm was left after a weekend moving over par (three 72 came), and Barrika’s was left half despite touching perfection on the last day. The Spanish golfer finished in the fifth position after an outstanding performance in which he dropped the par on the course by six, doing no more and no less than 66 strokes. A few champion digits, but that only came on the last day, in which the best version of a Jon Rahm appeared who still has a pending account with the Augusta Masters.

Jon Rahm was satisfied this Sunday with his performance at the Augusta Masters, which he arrived at at the last minute due to his son’s birth, and with a final round that motivates him to achieve the green jacket in the near future.

Of course, I am happy. It is still a Top 5 in a Major with a great round on a Sunday, “said Rahm after signing a final 66-shot, six-under, which was shaping up to be the best of the day. It’s about 15 consecutive rounds of par or better here. It is clear that I like the site. I play well here. My year is approaching. Hopefully soon, “said the current number three in the PGA ranking.

“I Was Going At Considerable Speed”: What We Know About The Tiger Woods Accident