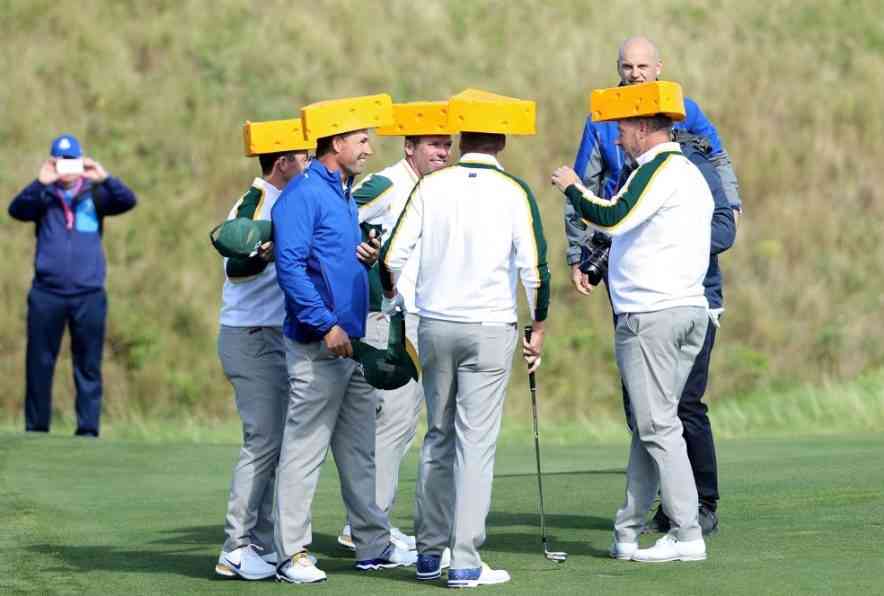 The presentation of Team Europe at the Ryder Cup gave a lot to talk about, and yes, it is closely related to an NFL team.

The most original thing you will see today! The Ryder Cup 2021 has already started and will take place until Sunday, September 26, in Wisconsin, United States. This golf tournament is somewhat similar to the Laver Cup in tennis (although with more than 40 years of tradition) and reached the spotlight around the world for some curious cheese hats worn by the European team.

The competition faces a team made up of elements from the United States and another made up of European players. The latter stood out at the time of their presentation and took the opportunity to refer to professional American football.

Just looking at the cheese hats, loyal NFL fans may know what it’s all about. However, there are other people who do not follow the sport and may have perceived this entry as a joke or just a quip.

When the European team entered the field in one of the practice sessions, it attracted attention not only because of the cheese hats. The players wore a white outfit with green and yellow, instead of their traditional blue.

Any sign around here? The clothes were not chosen at random, as they are the colors of the NFL’s Green Bay Packers. In addition, it turns out and highlights that their fans often attend games with the same “piece” of cheese on their heads to support them.

On more than one occasion, we have seen the followers of their rivals respond with hats in the shape of a grater … with a fairly clear context.

At the end of the session, team coach Padraig Harrington was questioned about the decision. In addition to being happy with the result, he explained that it is an act of respect for the fans who come to the tournament.

“It is a nod to Wisconsin and Green Bay that we opted for colors. The fans showed their appreciation. We believe that everything went well, the players wanted to show respect for the entire state, and they are happy, “he explained.

And the story does not end there, because participants like Jon Rahm Rodríguez enjoyed the moment 100 percent. The cameras noted that he danced on more than one occasion, and after the performance, both he and his teammates threw the cheese hats at the Ryder Cup crowd.