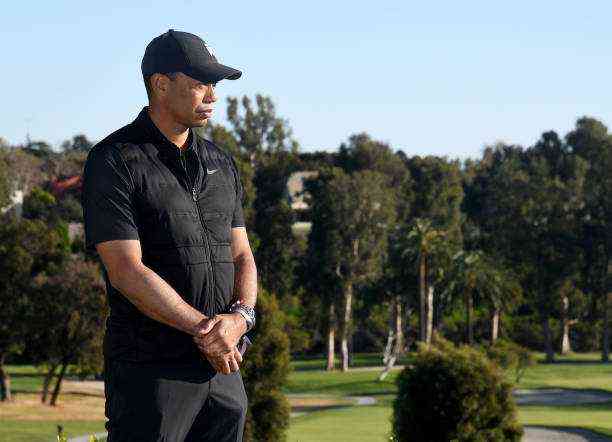 Tiger Woods is making a successful recovery after the California car accident. It is still unknown whether he will be able to play golf at a professional level again. However, the fact that this question still remains in the air is not only thanks to the doctors who intervened for six hours to reconstruct his right leg, but to the people who rescued him. from the metal of his car in which he was trapped.

The first person to arrive at the scene was officer Carlos González, who confirmed that the victim was alive and conscious: “My name is Tiger,” Woods replied when the officer asked his name.

The firefighter who practiced three weeks before

The officer called the rest of the rescue team, namely paramedics and firefighters, who were responsible for removing Tiger Woods from the rubble of the car, one of them the 23-year-old who has been identified as Cole Gomoll.

Three weeks earlier, he had begun training, under the supervision of Captain Jeane Barret, to perform maneuvers for the rescue of people. He never thought that his first real rescue would be that of a legend within the sports world.

During the previous three weeks, the 23-year-old firefighter had learned to use the ax to rescue trapped people, and on February 23, he used it to cut one of the edges of the car’s windshield and drew a line to the other end and with the Help from a colleague removed the windshield. The rest of the work was done with the “jaw of life.”

During the maneuvers, Tiger Woods was covered with a kind of blanket to prevent the windshield glass from causing other injuries and once they managed to get him out of the car, he was placed on a stretcher to be transferred to the hospital where he was operated on.

After the rescue, Gomoll indicated that the rescue team would have acted in the same way with another person, according to the Los Angeles Times, so there was no special attention to Tiger Woods, who several rescuers did not identify until later.

“He is just another patient. We have trained for situations like this,” said Gomoll. “I didn’t know who was in the vehicle,” said Captain Joe Peña.

They also refused to share the conversations they had with Tiger Woods during the rescue to maintain privacy, which relatives of Tiger Woods have reiterated during his recovery.

Speeding Is The Cause Of Tiger Woods Car Accident