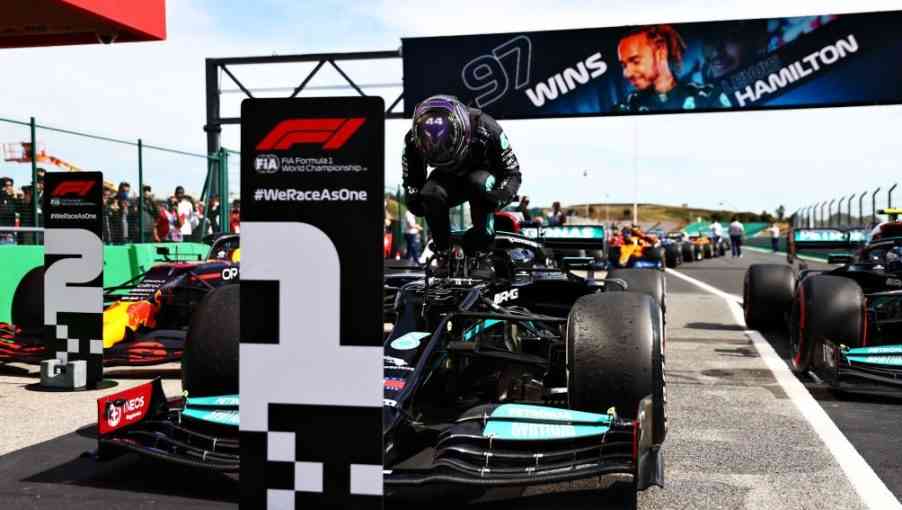 Mercedes and Red Bull once again gave us an elite battle at the Portuguese Grand Prix, where Lewis Hamilton was the winner.

Lewis Hamilton and Max Verstappen starred in a new grip on Formula 1, during the Portuguese Grand Prix, which was in the hands of the British, who already has two wins in the season, but the fight side by side between Mercedes and Red is confirmed by Bull.

The podium was confirmed by Verstappen in second place, while Valtteri Bottas was third, with also the extra point for the fastest lap, which was taken away from Verstappen for having gone off the track at turn 14 of the last lap. Checo Perez came in fourth, representing his best career of the season with Red Bull.

Hamilton leads the drivers’ championship with 69 points, followed by Verstappen with 61, and Lando Norris is third with 37. Checo Perez, who had fallen to eighth at Imola, rose to sixth with 22 points, six points less than Leclerc, which is fifth with 28.

The grid was made up of Mercedes and Red Bull in the first two lines, with Valtteri Bottas on the pole and seconded by Lewis Hamilton. Verstappen started third and Checo from the fourth box.

The Mexican was the only one to lose position at the start of the race, after being overtaken by Carlos Sainz, who began to lose places after the first yellow flag.

The first stop of the race came on the second lap, after the boycott of Kimi Raikkonen, who was left out of the race when he made contact with Antonio Giovanizzi, his partner at Alfa Romeo.

Raikkonen lost the front wing, and part of it was under the car, so he lost control of the car and could only be stopped by the layer of gravel off the track and the retaining wall.

The leadership of the race changed hands from turn 20, when Lewis Hamilton stole the lead from Bottas with an overtake on the outside of the track. Mercedes began to play with the strategy, so Bottas became a kind of shield against Verstappen in the third place.

Valtteri Bottas pitted on lap 37 and returned to the track in second place, but Verstappen, who had new tires, caught up in the first corners, so Verstappen took second place and began to put pressure on Hamilton.

Bottas fell from pole position to third, confirming that the title is up to Hamilton and Verstappen.

The fight for the extra point

Verstappen celebrated until in the interview they told him that they had taken away that extra point and finally went to Bottas, since the Dutchman went off the track at turn 14, so his lap was not recorded.

Carlos Sainz Throws Drive To Survive: “I Was Disappointed In The Ferrari Chapter”