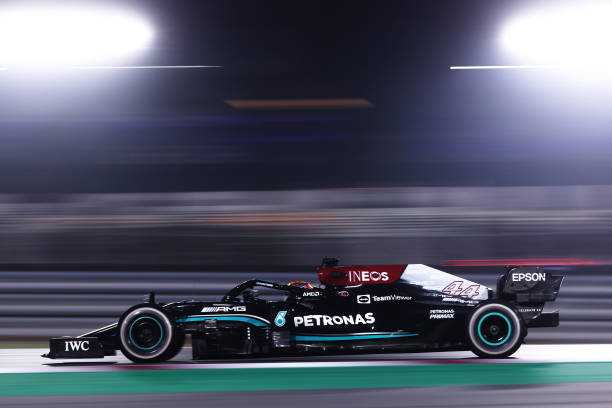 The Qatar Grand Prix looks to be Mercedes’ not only because Lewis Hamilton took pole position, but because he beat up Max Verstappen, raising concerns at Red Bull, which has had problems with both of its cars.

Checo Pérez could not go to Q3 and will start from the eleventh box, which represents bad news for the constructors’ competition, while Verstappen was “far” from the times of the Briton, although he will start second.

Both cars had problems with the rear wing from free practice and although the engineers have both cars ready there is something that scares Red Bull: Lewis Hamilton raced with the old engine, so he has the fresh new engine the last races of the season.

Helmut Marko, Red Bull advisor, accepted that the situation is alarming, because if Hamilton taught with the old engine, with the new one things are not looking good for the team and in space with Verstappen, who has a difference of 14 points to Please respect Hamilton in the drivers standings.

“The deficit is a bit alarming. Let’s see how fast Lewis can drive. It will be a tough and tough race,“ Marko mentioned, according to Racing News.

How can Red Bull improve?

Given this situation, Red Bull is betting on what Max Verstappen can do from the team’s strategy and the performance he can achieve in the first laps, in which the cars are heavier because they start with a full tank of fuel.

“We remain positive. We usually do much better with a full tank, so I hope we can have an exciting race,” he said.

Checo Perez Knows That His Main Objective At The Turkish GP Will Be To Contain Hamilton: “I Will Not Make It Easy For Him”