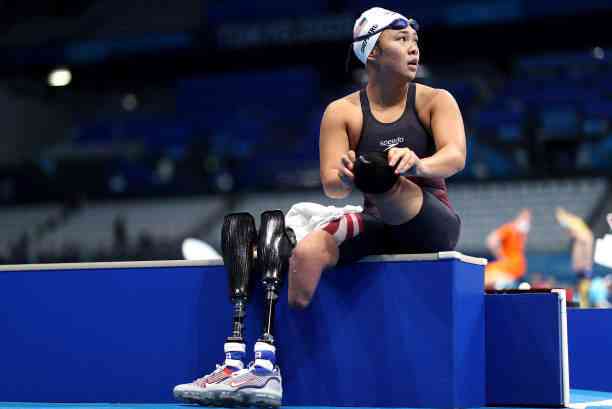 After her parents decided not to move on with her life, Haven Shepherd found another chance and even made it to the Paralympic Games.

Survivor falls short: Haven Shepherd lived its first Paralympic Games in Tokyo 2020, and its story has surprised the entire world. When she was a baby, she resisted a suicide bombing by her parents.

The couple lived through a complicated situation, emotionally speaking. And although the versions about what happened vary, the American swimmer today tells hers from what she heard from her grandparents.

Pumps, adoption, and a new opportunity for Haven Shepherd

Haven Shepherd was born in Vietnam, and when she was 14 months old, her parents planned a family suicide. She herself says that bombs were tied to her body, and they took her in their arms to avoid consequences for their previous actions.

“They had an affair, and I was born. Women cannot divorce their husbands, so they thought it was best for their family to commit suicide given their circumstances. So they tied bombs to themselves and held me down. The accident blew me up to 40 feet, and all the damage was done to my legs, “the swimmer told CNN.

Life gave a new opportunity to that little baby, who was not aware of what happened. Half a year after the attack, an American couple decided to adopt her. Rob and Shelly already had six children, so the family grew. Haven’s grandparents were unable to take care of her because of the cost of the treatments she needed, and before seeing her leave, they had to accept many donations for her to get better.

Haven Shepherd moved on to Carthage, Missouri, where she learned to swim. She was only 3 years old when she started practicing, and her first competition reached 10. This discipline represents peace and tranquility, after a difficult start: “I love how the circle is completed. Swimming makes me smile, and it is special to know that a sport has your back“.

However, para swimming is not the only discipline she has practiced. The American also ran, although she did not consummate her career in athletics. Of course, she is multifaceted and alternates sports with her passion for modeling.

Shepherd was part of Models of Diversity, an organization that promotes diversity in an industry with a “traditional” system. Their ambassadors are the exception to the rule in stereotypes and what we know as normal on the catwalk.